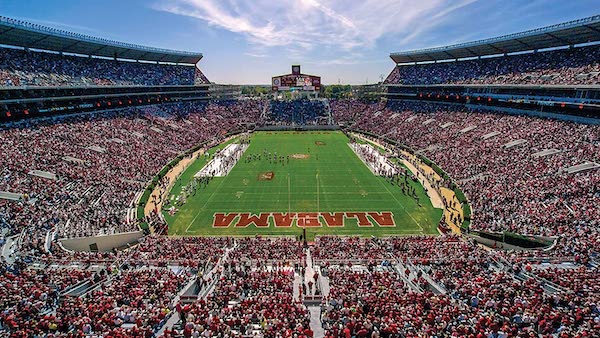 College football is back and appears to have little to no effect on COVID-19 cases nationwide.

Dr. Anthony Fauci, among other progressives, warned against college football fans gathering in stadiums to cheer on their favorite teams. In fact, one journalist remarked on Twitter that the video of Iowa Hawkeye fans enjoying the game was “terrifying.” Many assumed that these games would be tied back to a heavy influx of new COVID-19 cases. Much to the dismay of these progressives, statistics gathered since the start of college football show no link between the games and the spread of COVID-19.

University of Michigan hosted more than 100,000 fans at its Ann Arbor stadium during the first game of the season. According to data collected by The New York Times, the seven-day average of new COVID-19 cases in the county where the game was held has dropped more than 14 days later.

In addition, Texas’ two largest public schools both hosted opening games in the state, and the growth rate of new cases has not increased. In fact, the CDC reported the seven-day average is lower now than it was on gameday.

This trend is illustrated nationwide, across many stadiums and colleges with differing COVID-19 procedures. However, nearly all the games have one factor in common–they were hosted outdoors.