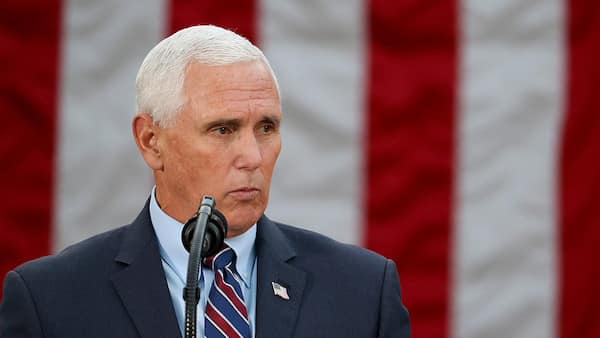 Mike Pence believes that it is time for freedoms to be returned to the American people, even as politicians attempt to seize control.

Since the early days of the COVID-19 pandemic, discussions of personal freedoms and imposed restrictions have become hotly-debated. Former Vice President Mike Pence voiced his concerns towards Americans losing their freedoms due to the Biden administration’s actions over the past eight months.

While Pence acknowledges there are still dangers we must account for with coronavirus, the reality is the country is much safer than it was a year ago, and Americans should be allowed to return to normalcy. He said the president’s latest vaccine mandate plan makes “no distinction between groups based on age, overall health, or any other known risk factors,” even though COVID-19 and its effects vary wildly in those infected. It does not seem fair for those who already contracted the virus or are young and healthy to be forced to get the vaccine when they can make a decision for themselves.

The former vice president lamented the fact that so many Democratic politicians are willingly going along with Biden’s vaccination plan regardless of its constitutionality or necessity. Pence and many others believe the left simply doesn’t wish for the pandemic to end, as it would mean the end of its stranglehold over Americans’ lives.

Read Pence’s full commentary on the issue at the Daily Signal.