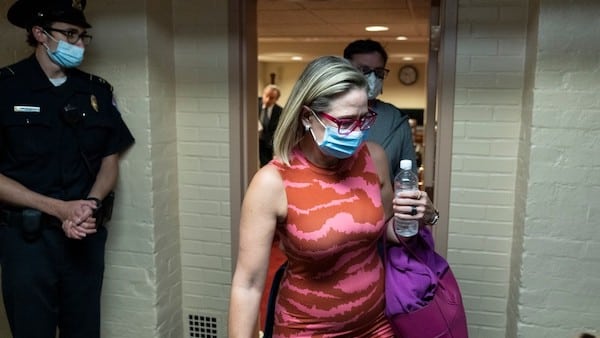 Far-left activists have normalized attacking politicians in public and at their homes. That’s bad enough. But now they’ve started following elected leaders into the bathroom, harassing them the entire time to push a woke, socialist agenda. For this podcast, Rob digs into the shocking story of radicals hounding and even filming Sen. Kyrsten Sinema in the restroom in order to bully her into supporting the Democrats’ $3.5 trillion spending bill. America has a serious civility problem, and the American people need to solve it. Rob also discusses Dr. Fauci suggesting it might be “too soon” to gather with your family for Christmas. Fauci later said his comments were misinterpreted, but would you really put it past the COVID-19 cult to do their best Grinch impression this holiday season? Plus, get ready for some real talk on social media. Rob reveals some of the inner workings of how social media giants work and has a message for all listeners: Stop looking down at your phones and enjoy life.