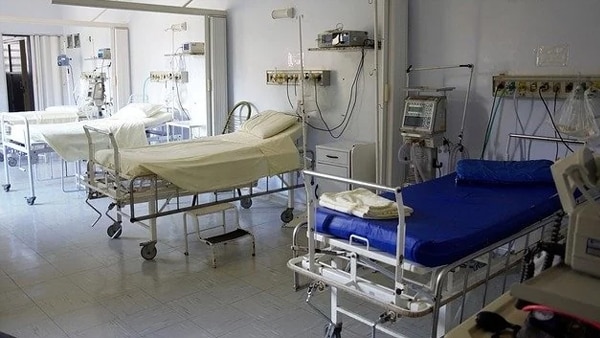 President Biden’s recent announcement about vaccine mandates will require 17 million health care workers to get vaccinated nationwide. Could this decision be the beginning of Biden’s next crisis?

President Biden’s recent announcement about vaccine mandates will require 17 million health care workers to get vaccinated nationwide. Could this decision be the beginning of Biden’s next crisis?

Back in August, disgraced former New York Gov. Andrew Cuomo announced that all health care workers in the state would be required to get the COVID-19 vaccine by Sept. 27. Unfortunately, this was only the beginning, and states across the nation are beginning to feel the effects of these mandates.

In New York, 11 of the public hospitals have placed their unvaccinated employees on unpaid leave until they comply with the recent mandates. What’s worse, the New York Department of Labor released a statement clarifying that those terminated for refusing to comply with the vaccine mandates will not be eligible for unemployment insurance. Meanwhile, New York’s hospitals have been forced to cancel elective procedures and outpatient visits, limit hospital admissions, and retain volunteers. One hospital even went so far as to announce it would have to suspend delivering babies until vaccinated workers could be found to fill the vacancies in the maternity ward.

In Houston, Texas, 150 workers were fired from Houston Methodist for refusing to comply with the hospital’s vaccine mandate. Additionally, at a hospital in Winston-Salem, North Carolina, almost 200 employees were fired for failing to get the COVID-19 vaccine. Ochsner, one of the largest hospitals in the state of Louisiana, just announced it will be charging employees who have an unvaccinated spouse or partner $100 per pay period. That is $2,400 per year.

Many states are scrambling to find a solution to the crisis that vaccine mandates have created. Current New York Gov. Kathy Hochul signed an executive order at the end of September that will temporarily allow health care workers from outside of the state to practice in New York. Gov. Hochul has even considered relying on the National Guard to help with the state’s health care staffing crisis.

All of these are questions Americans must ask as they stare in the face of Biden’s next crisis.