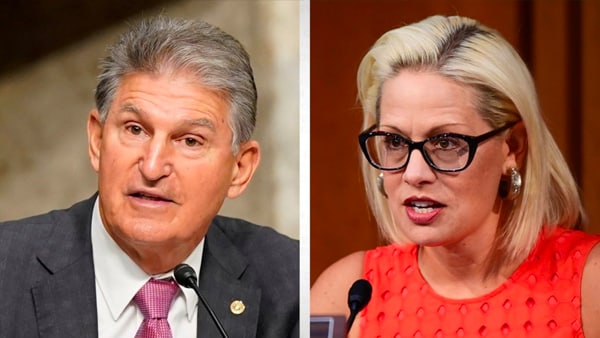 Sens. Joe Manchin and Kyrsten Sinema have been clear about what they will and won’t do. Can they still be swayed by the Big Government Socialists?

During its latest earnings call, Costco’s CFO warned investors about escalating shipping prices and how this will raise the cost of its inventory. Nike, FedEx, and General Mills have raised similar concerns. For example, a 40-foot shipping container leaving

President Joe Biden will be engaging in a series of meetings this week on his legislative agenda. Several people I’ve spoken with have raised an important point: Sens. Joe Manchin and Kyrsten Sinema are clear about what they will and won’t do.  With Sen. Manchin, West Virginia is an overwhelmingly anti-Biden. The anti-coal/anti-fossil fuel fanatics are not going to sway the people of his state.  In the case of Sen. Sinema, she has adopted the maverick persona of previous Arizona politicians such as Barry Goldwater and John McCain. I don’t believe you will be able to bully her (even by invading her privacy by following her in the ladies’ room).

It will be fascinating to see over the next several days how they hold up to the Big Government Socialist machine.