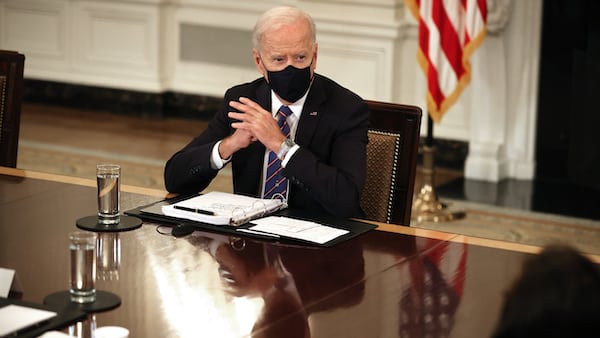 America has the resources to outpace China, but what we do not have, is a strong administration that is willing to do it.

President Joe Biden and his administration are setting America up to lose the next Cold War by allowing the United States to fall behind on important defense and intelligence projects. This summer, China tested a nuclear capable hypersonic missile. The technology of this Chinese device moves at a nearly undetectable speed, and is equipped with the technology to maneuver in mid-flight. American technology is unable to detect these missiles.

America is losing its own game. While the United States invests in technology and human capital, China avoids innovation by stealing from America and other Western nations. In fact, it was confirmed that the Chinese firm that aided in building this missile used American semiconductors when experimenting with the heat and drag of the hypersonic missile. The U.S. Intelligence community claims that this event caught us by surprise.

Rep. Mike Gallagher, recently appeared on Fox News to discuss this issue saying, “this should be our Sputnik moment.” America has the resources to outpace China, but what we do not have, is a strong administration that is willing to do it. As the Biden administration strives to cut defense spending, America is being out-innovated.

Rep. Gallagher expressed concern over the influence of China on Taiwan. The stronger China grows, the more likely Xi Jinping will be to topple Taiwan. The United States will “lose [the] new cold war” in the next 10 years if the Biden administration does not take action soon.