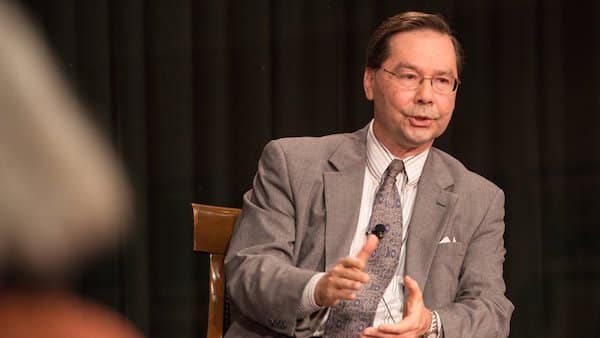 The Founding Fathers deliberately gave state legislatures the power in the Constitution to make voting rules to avoid a national, centralized dictatorship with the capacity to rig elections. The Founders had the foresight to understand that if the central government had the ability to set the rules for electing people to the central government, then those in power could manipulate the system to ensure their challengers would never win. This is why the states have run our elections since America’s founding and should continue to do so.

The left, however, is trying to toss aside this fundamental — indeed, essential — aspect of our democracy to make it easy to cheat and manipulate votes. Consider, for example, HR4, the John Lewis Voting Rights Advancement Act, which passed the Democratic-controlled House earlier this year along party lines. The bill would, in essence, give federal bureaucrats the ability to veto changes made by the states to election rules and laws.

Such a law would upend our entire electoral system, effectively federalizing elections and corrupting the American constitutional order. But, for Democrats, that is precisely the point: to change profoundly how we vote and count votes in order to secure liberal majorities in all future elections. This is a push for power, plain and simple.

I examine in detail the left’s campaign to rig the electoral system on a recent episode of my podcast, “Newt’s World.” My guest is Hans von Spakovsky, manager of the Election Law Reform Initiative and senior legal fellow at the Heritage Foundation. Hans has a new book out titled, Our Broken Elections: How the Left Changed the Way You Vote, on how far the left is going to destroy the integrity of our elections.

Democrats want to ban all voter ID nationally while requiring each state to implement same-day voter registration. This means states would have to allow someone to walk into a polling place, register to vote, and then immediately vote. Election officials, meanwhile, wouldn’t even be allowed to ask them for an ID to confirm they are who they say they are. There’s no logical explanation for making such changes unless the purpose is to allow cheating to win an election.

The same goes for the left-wing push for universal mail-in voting. Absentee ballots are the only ballots that are used to vote outside the supervision of election officials and poll watchers. They are much more vulnerable to cheating or even intimidation and coercion by others. Moreover, if states’ voter rolls aren’t cleaned up and still include dead people and people at wrong addresses, then mail-in ballots sent out automatically will invite cheating on an unprecedented scale.

The news media likes to say that such concerns are unwarranted because voter fraud doesn’t exist. But the Heritage Foundation maintains a database containing an astonishingly long and detailed list of instances of confirmed voter fraud across the country. The threat of manipulating votes to change the outcome of elections is all too real.

Joe Biden and the left will say that all this concern about the integrity of our elections is actually racist — that somehow those concerned about voter fraud are really trying to revive the old Jim Crow system by denying minorities access to the ballot box. Honest and serious people understand such accusations are absurd. Plus, the polling shows that Americans of all races, ethnicities, and political persuasions support reforms to ensure free, fair, honest, and secure elections.

Central to this entire discussion is the role of Big Tech, which used its monopoly over the flow information to tip the scales in the 2020 election in favor of Biden. Hans and I discuss in depth how these titans of tech factor into election integrity — or lack thereof.

As I write in my new book, Beyond Biden: Rebuilding the America We Love, it is crucial that we work across the country to implement reforms to ensure free, fair, and secure elections. The left seeks the opposite — to build a system which makes voter fraud and election theft easy — and must be stopped. Protecting the integrity of our elections will be one of the key battlegrounds in the years to come in determining whether the republic survives.