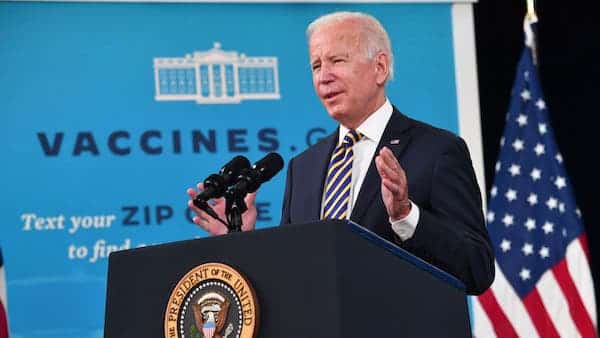 Once Joe Biden took office in January, just as President Trump had predicted, he began limiting civil liberties from the American people across the board.

During President Donald Trump’s first three years in office, Americans enjoyed their civil liberties without abridgement as proscribed in the constitution. Following the coronavirus outbreak in February and March 2020, states began shutting down to prevent hospital systems from being overrun. The Centers for Disease Control and Prevention sent postcards to every household with the title “15 Days to Slow the Spread.” (Remember when it was only going to be 15 days?)

President Trump warned the electorate that if Biden was elected last November, he would infringe on civil liberties from the federal level. It was bad enough that blue state governors closed society for months and imposed draconian measures on their constituents. Once Joe Biden took office in January, just as President Trump had predicted, he began limiting civil liberties from the American people across the board.

President Trump consistently promoted a pro-worker, pro-jobs agenda throughout his term in the White House. By contrast, President Biden has run an anti-work, anti-jobs administration while imposing sweeping vaccine mandates on federal employees as well as private sector workers. His executive orders are being challenged in court, and will likely reach the U.S. Supreme Court during this term. The question is: Will the nine justices and federal judges throughout the country protect civil liberties and reject Biden’s unlawful, unconstitutional power grab? Republicans in Congress and in state houses must reject Biden’s unconstitutional overreach, as thousands of Americans are being fired for refusing to get the vaccine.

Many of the states that are imposing vaccine mandates have Democrat governors who do not care how many people are laid off. For example, New York’s governor declared that “Jesus wants you to get the vaccine” days before thousands of health care workers were fired. Last year, these workers put their lives on the line and contracted coronavirus, recovered, and now have antibodies and natural protection. It is widely known that individuals who have contracted coronavirus do not react well to the vaccine and often have a terrible reaction. In response to the blue state governors, Texas Gov. Greg Abbott has banned vaccine mandates in his state entirely.

President Trump would have continued his strong support of Americans’ civil liberties had he been re-elected to his second term. He warned the American people of what would be coming their way if Joe Biden entered the Oval Office. Now thousands more are left unemployed due to their individual decision not to receive the vaccine. September’s jobs report reflects the consequences of an anti-worker, anti-jobs agenda pushed by the Biden administration every step of the way. There are millions of unfilled jobs, yet job growth consistently underperforms. On the critical issue of civil liberties, President Trump was right, and President Biden is wrong.