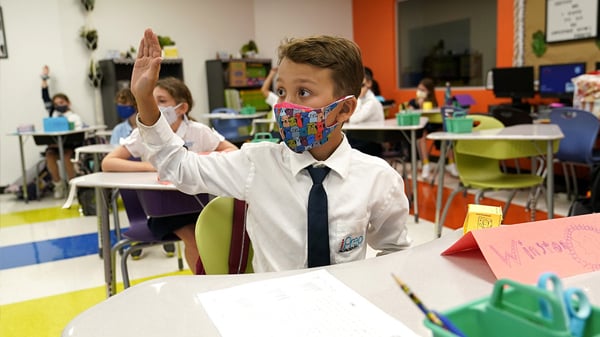 On Tuesday, Virginia elected Glenn Youngkin to serve as the commonwealth’s governor.

Tuesday’s results emphasized a clear rejection of opponent Terry McAuliffe’s positions that parents have no say in their children’s education and that a teacher’s race is more important in determining their qualifications to teach rather than the results they empower their students to achieve.

Throughout this consequential gubernatorial race, a powerful special interest group emerged that defined the outcome of the election: parents.  As a result of the pandemic, the accompanying shutdowns, and transition to virtual learning, many students’ development and learning greatly suffered.

Children in Virginia were no exception.  According to the Virginia Department of Education, the overall achievement declined 34 percent for third graders, 42 percent for seventh graders, and 44 percent for eighth graders between the 2018-2019 school year and the 2020-2021 school year.

However, the problems in education in Virginia predate the pandemic.  As a consequence of years of failure and lack of accountability in Virginia’s schools, eighth graders in the commonwealth are the only students in the United States with “below basic” reading expectations. Just one third of eighth graders in Virginia can read at the national standard level.

For too long in Virginia, expectations for schools to encourage students to achieve academic excellence have been discarded.  According to an editorial by then-candidate Youngkin, “Starting during the McAuliffe administration and under Democrat-appointed Board of Education activists, school accreditation standards across the commonwealth were watered down so badly that the 88 schools that previously failed accreditation efforts actually passed.”

Governor-elect Youngkin stood in opposition to this unacceptable trend jeopardizing our children’s future and refused to ignore the cost to younger generations.  Throughout his campaign, candidate Youngkin presented pragmatic solutions to provide more opportunities for students, choices for parents, and accountability for administrators.

Furthermore, Youngkin’s governorship will bring school choice to Virginia’s public school system, giving more students and families options for and access to education that fits their needs.  While neighboring states have hundreds of charter schools, Virginia has only eight.   Youngkin’s plan will open 20 new Innovation Charter Schools in Virginia, addressing a longstanding need for Virginia’s families.

Additionally, Youngkin recognized the important role parents play in encouraging their children to achieve excellence in the classroom.

Students with parents who are involved in their education are more likely to achieve academic success and have a more positive attitude toward learning.  According to the U.S. Department of Education, “When parents and families are involved in their children’s schools, the children do better and have better feelings about going to school.”

Furthermore, the Department of Education has emphasized that it is critical for parents to maintain “strong ties” to their children’s schools to best ensure positive educational outcomes.  The Department of Education stated that parent and families “help our children to succeed by working with teachers to make sure that they provide curricula and use teaching methods that are based on strong scientific evidence about what works best in helping students to learn.”

The Youngkin campaign firmly encouraged parental involvement in their children’s education and rejected the notion that government knows best.

As Governor-elect Youngkin said in his victory speech on Tuesday night, “This is the spirit of Virginia coming together like never before. My fellow Virginians, this is our moment. It’s our moment for parents, for grandparents, for aunts, uncles, for neighbors to change the future of our children’s lives. … Together we can build a new day. A new day for Virginians, where, yes, we soar and never settle.”

Education is at the core of ensuring a safe, prosperous, and free future for Virginia and for America. Every child deserves an education that enables and encourages them to succeed in their careers and in their communities.  The hope and promise for achieving that future was secured on Tuesday with the election of Glenn Youngkin as Virginia’s next governor.