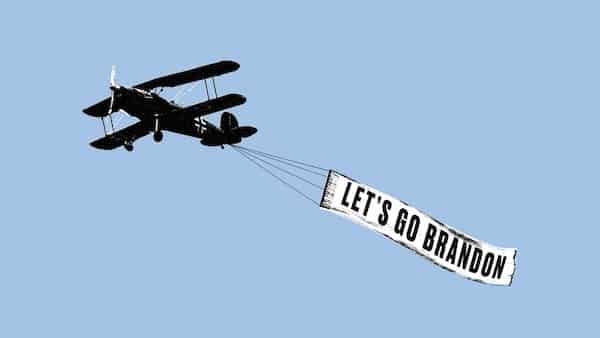 Last week, we asked readers, "Do you know the meaning behind Let's Go Brandon?" A total of 1,342 voters responded to this question regarding the origins of the trending phrase.

The majority of respondents stated that they do know what 'Let's Go Brandon' means, with 73.30 percent of the vote (989 readers). Roughly 26.30 percent stated they don't know the phrase's meaning (353 readers).

'Let's Go Brandon' has skyrocketed in popularity over the last few weeks among conservatives and critics of President Joe Biden. It originated from a crowd chanting an expletive towards Joe Biden at a NASCAR race, which the announcers interpreted as 'Let's Go Brandon,' directed towards driver Brandon Brown.

The phrase has circulated all around country now at Republican rallies, on social media, and more. Even songs are being written directed towards the president's handling of the country's crises. Many Americans are clearly dissatisfied with Biden's time in office so far, and the use of 'Let's Go Brandon' shows no signs of stopping soon.

Do you know the meaning behind 'Let's Go Brandon?'