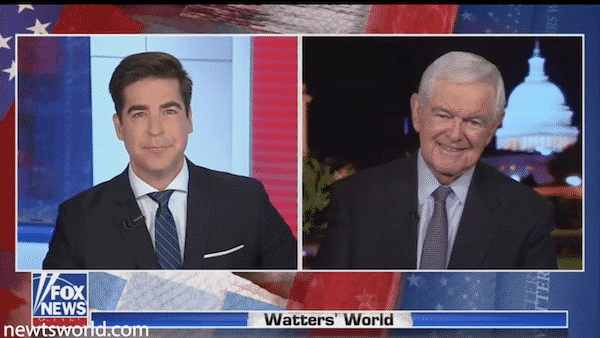 Newt and Jesse discuss the baffling decision making from the Biden administration and the growing dissatisfaction towards Kamala Harris.

First of all, you brilliantly made the case for why, my book is called beyond Biden rather than anti-Biden. He is doing so much to destroy himself there is no point getting in the middle of it. I think you have an administration that is totally out of touch with reality. Whether that reality is the danger of terrorism and Afghanistan. Or the very fact that he imposes Americans who are working rules about vaccinations. He’s not imposing on people on welfare, he’s not imposing on illegal immigrants. 84% of the American people think there ought to be some kind of COVID restrictions on illegal immigrants, there isn’t any. I thought it was a telling symbol that you have vice president Kamala Harris in Paris talking about the border between Poland and Belorussia. She wasn’t in Paris Texas talking about the border between the U.S. and Mexico. And you had to think, what is going on? I am sure you have seen this. But for our viewers, there is a section on YouTube that is 10 hours of Kamala Harris laughing. It is the best explanation of why she is at 28% approval. And I predict she’ll be down around 12 or 14 percent approval. This is a weird administration. Not that it’s a radical or liberal, it’s weird.

I think they almost picked their cabinet to be incompetent. I think their principle was if you actually know something about this, we don’t want you because you might say we can’t do it. We only want people so ignorant that they will do whatever they are told. You end up with the energy secretary when asked what’s your plan for the price of gasoline, she sounds like Kamala Harris. She starts laughing. Now nobody who is filling up their car or truck think the rise in the price of gasoline is funny. But if you are the Biden administration with a government paid limousine and government paid energy you think it’s all kinds of amusing because as a good environmentalist you would like gasoline to be really expensive to force people into electric vehicles or bicycles. Buttigieg, secretary of transportation, in between taking parental leave wants you to believe he bicycles even though apparently the bicycle is carried by his suburban until 2 blocks from this department and then in bicycles in.