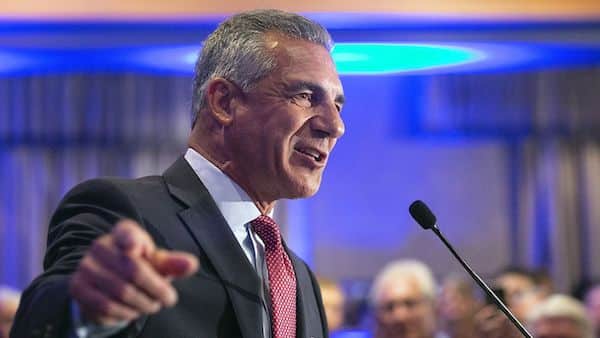 This election speaks to the overall resurgence of Republican predominance in New Jersey politics, if not the entire nation.

The sun has officially set on what was almost the biggest upset of the 2021 elections. On Nov. 3, the Associated Press called the New Jersey gubernatorial race for Democratic incumbent Gov. Phil Murphy – an ex-Goldman Sachs executive, Massachusetts native, and former U.S. Ambassador to Germany (2008-2013). Soon after, Gov. Murphy accepted the results.

“Let me be clear, no one on this team is alleging fraud or malfeasance, as we have not seen any credible evidence of that. However, the new law Governor Murphy and state Democrats rushed to enact led to this disjointed and excruciatingly slow vote counting process. We still have vote-by-mail ballots outstanding and approximately 70,000 provisional ballots to be counted. At this time, we do not expect the provisional vote count to end with Jack Ciattarelli in the lead. However, that count may reduce the margin for Governor Murphy enough to warrant a full recount.”

On Friday, with the over 73,000 votes separating the two candidates, Ciatterelli conceded to the Democratic incumbent.

Many pre-election polls predicted Murphy would win by wide margins. One poll conducted by the Eagleton Institute of Politics at Rutgers’s University between October 21-27 gave Murphy an 8 point lead.

Murphy’s campaign lambasted their challenger, asserting that, “the race is over,” and that, “Assemblyman Ciattarelli is mathematically eliminated.”

Although Jack Ciattarelli will not be joining Glenn Youngkin at the other side of the finish line this election season, New Jerseyans gave the Democratic establishment a run for its money. This election speaks to the overall resurgence of Republican predominance in New Jersey politics, if not the entire nation.

“I believe an immediate, consistent, and effective Republican application of the lessons of 2021 could lead to a 40- to 70-seat gain in the House; at least a four-seat gain in the Senate; and gains in governorships, state legislatures, and local offices including school boards next year.”

Republican presence in New Jersey high office was on the back foot following a string of strategic blows after the 2016 election.

Not long after Gov. Chris Christie’s fall from grace following the 2016 Republican Primary and notorious controversies, such as “Bridgegate” and “Beachgate,” Republican nominee for governor, Lt. Gov. Kim Guadagno, was resoundingly defeated by Phil Murphy in the 2017 gubernatorial Election. The 2018 midterms did little to improve the mood.

Of New Jersey’s five Republican-held seats in the U.S. House of Representatives, only one remained after that election, Rep. Chris Smith.

At that point, Democrats controlled the governor’s office, both Senate seats and all but one House seat. 2019 was looking to be another grim year.

However, the winds of change began to blow through the Garden State.

Rep. Jeff Van Drew, a Democrat who managed to flip NJ’s 2nd Congressional District blue after 24 years of Republican control, crossed enemy lines and changed his Party affiliation. Rep. Drew continuously expressed his reservations about the Democratic Party’s hard push to the left following the 2016 election. The final straw was his Party’s insistence on impeaching President Trump – the first time.

By 2020, the moment was ripe for the GOP to batten down the hatches and begin its slow climb back to the top. Rep. Drew survived re-election – flying a different flag – against Democratic groomed Amy Kennedy, wife to Patrick Kennedy, who is son of the late Sen. Edward “Ted” Kennedy.

Gov. Murphy might have won the battle, but his party will most certainly be in for a rough ride this midterm season.

In 2017, Murphy carried traditional Republican strongholds, such as Cumberland and Atlantic Counties, with ease. This time around, Murphy struggled to gain a foothold in both, as Ciattarelli led by more than 10 points. The governor also lost his edge in Gloucester and Morris Counties, where only one year ago Joe Biden carried both in the 2020 election.

If President Biden’s abysmal approval rating is any indication of the Democrat’s prospects for triumph over the next few years, their days are numbered.

Maybe he was right when he proudly proclaimed, “I am the Democratic Party right now.”