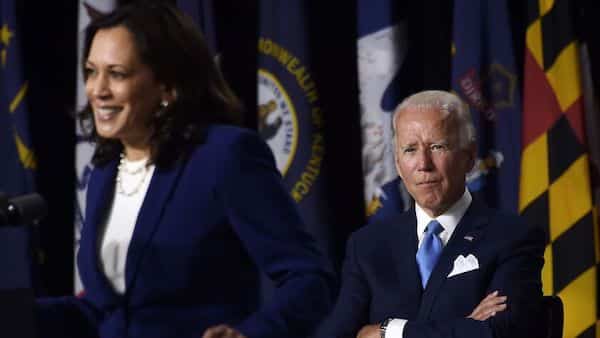 Several staffers jump to VP Harris’ defense over plummeting approval rating and recent article discussing the incompetence of Harris and her team.

On Nov. 14, a CNN piece titled “Exasperation and dysfunction: Inside Kamala Harris’ frustrating start as vice president” exposed the unfortunate reality of VP Harris’ role. On Sunday evening, many members of the administration jumped to Harris’ defense, including Press Secretary Jen Psaki and two senior advisors, tweeting out statements praising the vice president for all of her hard work and progress made in this administration. The damage control efforts come after recent polling data showed the vice president’s approval rating to be sitting at 28 percent.

Using information from nearly three dozen current and former Harris aides, the article discussed the internal frustrations and claims that the vice president has been poorly prepared, and sidelined by Biden. California Lt. Gov Eleni Kouanlakis said, “It is natural that those of us who know her know how much more helpful she can be than she is currently being asked to be.” Similar statements are echoed by Harris supporters who hold that the vice president’s role has been downplayed for many months.

Harris’ role has been modeled after Biden’s own experience under President Obama. Aside from weekly lunches and daily intelligence briefings, the president and vice president are mostly separated. This separation also creates big divides among the Biden and Harris staffs. VP staff members have grown frustrated from being tasked with assignments that are “no-win” issues such as the border crisis, and claim that Harris is often left out of important briefings, and later ridiculed by the public for appearing poorly informed.

Harris’ work style is adding to issues in the administration. The article claimed that “Harris’ staff has repeatedly failed her and left her exposed, and family members have often had an informal say within her office. Even some who have been asked for advice lament Harris’ overly cautious tendencies and staff problems, which have been a feature of every office she’s held from San Francisco district attorney to US Senate.” Harris’ inability to work with her team and the presidents team appropriately has contributed to her failures as vice president.

While the vice president’s allies come to her defense, the reality is that Vice President Harris’ staff is crumbling around her. The disfunction of her leadership has proved to be too much for Biden to handle. Presidential protégé Harris’ success has been short lived.