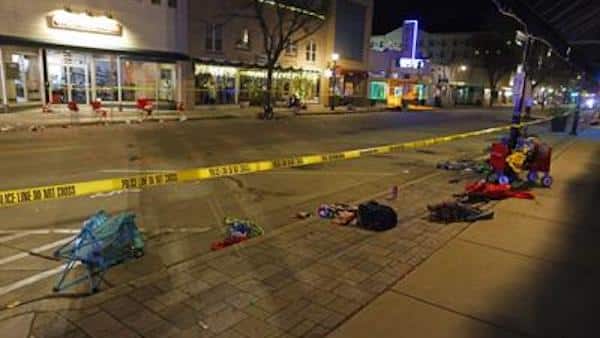 Last week, a man named Darrell Brooks drove his car into a parade in Wisconsin, killing six people and injuring dozens more. And there’s enough video evidence of him on social media to indicate that this was an anti-white terrorist attack – but this is currently being memory holed by our corrupt mainstream media who does not want to accept the hatred it’s causing in this country.