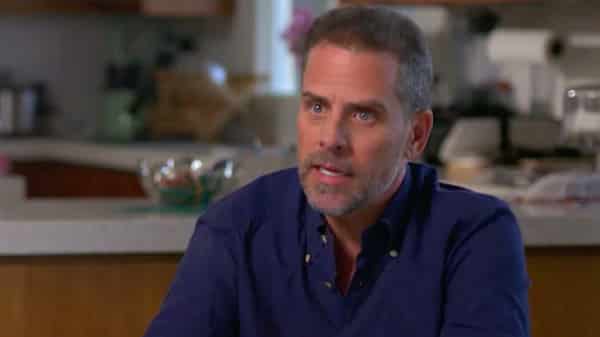 Despite every effort of the Biden administration, the Justice Department, the Congressional Democrats, and the propaganda media, Hunter Biden is going to end up being investigated – and the impact on President Joe Biden, his administration, and his legacy is going to be enormous.

Despite every effort of the Biden administration, the Justice Department, the Congressional Democrats, and the propaganda media, Hunter Biden is going to end up being investigated – and the impact on President Joe Biden, his administration, and his legacy is going to be enormous.

As more stories about Hunter Biden’s meetings with foreign agents in Serbia, China, and elsewhere come out, serious scrutiny will become unavoidable.

The evidence is overwhelming that Hunter Biden’s activities in Ukraine, Russia, and China have direct national security implications. We simply do not know how much the Biden administration’s weakness toward Communist China is influenced by the Chinese corruption of the Biden family and its allies. We do not know how much Vladimir Putin has been emboldened by his knowledge of the corruption of Hunter Biden – and through him the governing family of the United States.

There has been a complete absence of honesty and inquiry from the FBI and the Justice Department. It is amazing that the Hunter Biden laptop has not already led to an indictment of President Biden’s son for a series of amazing influence peddling schemes.

Sadly, the U.S. Attorney for Delaware, where the laptop was found and where the Bidens live, has shown no interest in pursuing a case which involves public corruption at the highest levels. The FBI has had the laptop and yet nothing has been done to pursue the clear corruption outlined in the various emails it contains.

Hunter Biden’s irresponsible marketing of “a unique relationship” with the Vice President during the Obama years, (then with a presidential candidate, and now with the President) has enormous national security implications.

It is no accident that Hunter was actively seeking business in Communist China, Putin’s Russia, and Ukraine. These were countries keenly interested in developing influence in Washington and it seems they felt they were getting real access and impact through Hunter and his family.

Former U.S. Navy Lt. Tony Bobulinski has had virtually all his allegations of Biden corruption validated by the emails discovered in the Hunter Biden laptop. His allegations clearly implicated the President and his son – and suggest a Biden family mired in the most venal kinds of corruption. It resembles the scene from “Jerry Maguire” in which Tom Cruise has to repeatedly yell “show me the money” to convince his football playing client to keep him as his agent.

Imagine the contempt with which Chinese, Russian, and Ukrainian bribers must have looked at the cocaine using, prostitute hiring son of a major national politician as they paid him again and again for influence.

Ask yourself: Is it at all plausible that all this foreign money and business was coming to Hunter Biden – a clearly unqualified, deeply troubled, and totally unprepared broker – and Joe Biden did not ask about it, look into it, or ask staff to monitor what Hunter was doing?

If Joe Biden knew, he is clearly implicated in corruption involving foreign powers. If he willfully avoided knowing, it would be a sign of parental indifference and determined neglect that seems almost impossible to believe.

While the Congressional Democrats and the Biden executive branch may refuse to investigate the corruption revealed by the laptop – and a range of other sources – a Republican Congress in 2023 should feel obligated to thoroughly explore the potential corruption.

It is vital that any investigation include Hunter Biden and his associates (which may or may not include his father). It should also look into the network of cover-up officials who were clearly failing to do their duty and the widespread collection of traditional and social media collaborators who consciously suppressed and lied about Hunter Biden’s corruption.

How could the FBI have avoided taking apart the Hunter Biden laptop and tracking down the details found in the emails?

How could the authorities have avoided tracking the Vice President’s son as he dealt with nations actively dangerous to America?

What officials made the decisions to avoid looking and avoid knowing?

Not since Hillary Clinton deleted more than 33,000 emails while her staff used a hammer to literally destroy the hard drives on her computer has there been such a willful avoidance of knowledge by law enforcement officials.

When you compare the Justice Department’s benign neglect of Clinton and Hunter Biden with its illegal overreach in pursuing what we now know was a totally phony Russian dossier designed to smear President Donald Trump, it is clear something is profoundly sick in our federal criminal justice system.

I will talk more about this in an upcoming column – and an upcoming podcast episode with Miranda Devine, who just wrote, Laptop from Hell. Devine’s work – and the work of other watchdogs – virtually guarantees that Hunter Biden will face both Congressional and criminal justice scrutiny.

The investigation must and will occur.

The only questions are how soon and by whom.