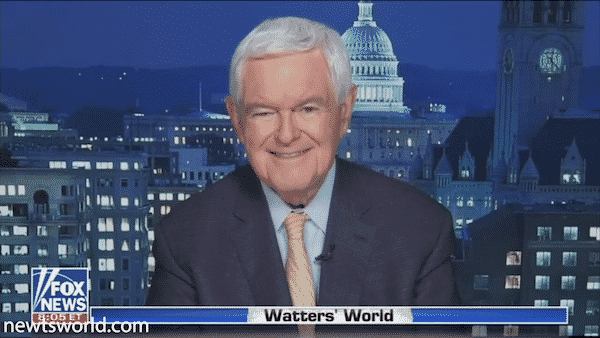 Newt gives his thoughts on how Big Government Socialism is a threat to civilization as a whole and why everyone must see its dangers.

Well, look I worry for the country. If we have three more years of decay, three more years of terrible policies, three more years of being out of touch with reality, it’s really dangerous. It’s dangerous with — it’s dangerous. It’s dangerous with Iran, Russia, China, Iran, North Korea. The border we set a record of people coming across illegally in November. No covid test. No criminal record test. I think it was 173 thousand people in month. We have rising crime. We have a level of lawlessness I don’t remember ever seeing with mobs that break into stores, steal what they want, the police don’t show up, nothing is done. I worry about the country a lot more than Biden. Biden is a failure. When the “New York Times” starts to suggest before the first year is up you should announce you are not running again. If you are a liberal Democrat that’s a really bad sign.

No I mean first of all, when you are in the White House you have a lot of people around you who tell you how good things are. You go to meetings with people who like you. But the fact is big government socialism just isn’t working. And I think Republicans next year can campaign. This was actually Margaret thatcher line that labor isn’t working. I think it’s likely next year you can walk around to go to the gas station and grocery store and talk to people about their fears. I just read an article about Hollywood and Beverly Hills where people now leave their trunk open, so the criminals won’t break the trunk — breaking in to steal things. That’s a level of collapse of civilization that I never thought was possible. That’s what these left-wing socialists are doing. They have prosecutors who don’t prosecute. They want to cut the police while people are being murdered. It’s hard to understand what world they think they live in.

I think if the Republicans take a lesson from prime minister Thatcher’s book, she destroyed socialism so decisively that no openly left-wing leader has become prime minister for 40 years. We need to make clear to people, this isn’t just Biden being incompetent or Schumer being incompetent. This is a set of beliefs this is big government socialism that literally does not work. And we have to repudiate it and they are putting people into various government jobs who by any reasonable standard are crazy. And I think we need to understand how dangerous this is. Whether it’s taking over the banks or destroying the border patrol. Or making the military into a joke. There are a lot of things going on simultaneously across the whole government that weaken, and I think threaten America.