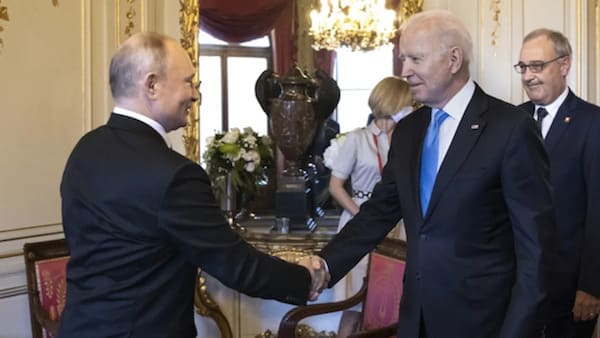 Last week, we asked readers, "Was the call between President Joe Biden and Vladimir Putin successful?" following their virtual meeting on December 7. A total of 692 readers responded to voice their opinion on this question.

The overwhelming majority of respondents believed that no, that call between the two leaders was not successful, with 91.76 percent of the vote (635 readers). Remaining voters were split between yes it was successful, with 0.72 percent (5 readers), and "not sure" with 7.51 percent (52 readers).

The nearly two hour long meeting between President Biden and President Putin consisted of a number of important topics. The possible invasion of Ukraine by Russian forces and a new Russian pipeline were two of the main talking points. Vladimir Putin's tough demeanor and approach to foreign policy caused many to worry for President Biden due to his lack of force as commander-in-chief over the past year.

As two of the world's leading super powers, relations between the United States and Russia are crucial in determining international talks in coming years. With China continuing to gain strength, it will be interesting to see how these three countries will navigate the complex landscape and if the United States will remain on top.

Was the call between President Biden and Vladimir Putin successful?