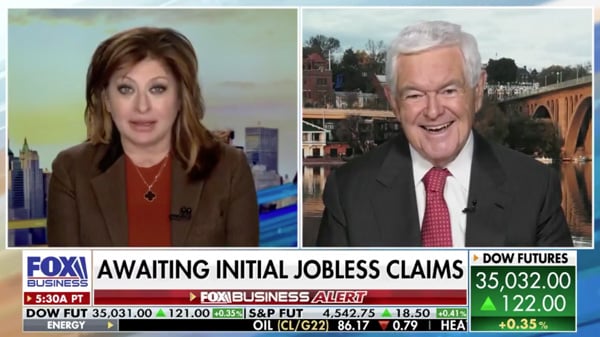 Well, I think he proved that he could stand there for a long period of time and be relatively coherent and relatively energetic. I mean look the core problem is that he lies. He lies all the time, what you don’t know he lies to himself or is he just lying to you. Does he believe his speech in Atlanta was not a vicious all-out assault smearing Republicans? Does he really believe his speech in U.S. Capitol wasn’t most personally nasty directed attack by a sitting president on a former president in American history? Does he really believe that his big government socialist policies aren’t big government socialism? You can’t tell you don’t tell you don’t know whether Biden is just believably shallow and have no moral sense which requires him to think about the truth, you know, every detail that – the greatest danger, by the way, is when he said that he assumed that Putin was going to take part of Ukraine. I mean that was a totally crazy comment, for an American president to make in a very dangerous situation.

I think that they have become sort of the humpty dumpty party. There is a scene in Alice in Wonderland Through the Looking Glass where humpty dumpty says words mean what you want them to mean, And Alice says how can words have any meaning you want he said, well all a question of who is going to be the master you or the word. So, this is humpty dumpty party, what crime rate. They don’t notice it, unless of course a Democratic congresswoman gets carjacked. What supply chain problem? If you’re sitting in the White House, you had lunch everyday no supply chain problem in the White House, you go down the list, these are people living in a fantasy land that doesn’t work. I want to go back to the comment he made, about his Putin comment. It is extraordinarily dangerous, and Putin’s last grab was Crimea so what is Biden trying to tell us I think that the truth is that he is not very competent. He did win the presidency we have to give him that. He was able to stand there, for what an hour 20 and or hour and 30 minutes, he was relatively coherent he was dishonesty but at least he was coherently dishonesty. He did have these strange mood swings. I mean he’d go from happy Joe to being angry Joe to back to being happy Joe. If you would just go through that whole press conference follow the mood swings you would think something weird is going on, this is the president we’ve got, the worst thing to have Kamala Harris, I did like his technical answer when asked are you satisfied with her job will she be your running mate he said yes and, yes, I thought a very nicely done professional job.

Well, somebody should have said to him you know, you tell us these sanctions will work, well, nine years ago under Barack Obama he seized Crimea, now the sanctions have not worked at all. In fact, he’s built a bigger military, Putin is more aggressive pushing again, you know, I think that that the what I find have frightening isn’t the politics of all this it is the history of it. We have a great competitor in China not at all prepared to compete with them. We have a dangerous adversary in Putin, not at all prepared to compete with him, we have as you point out huge — when Union Pacific railroad says they may leave Los Angeles, because the crime is so bad, there is something profoundly wrong going on in this country.