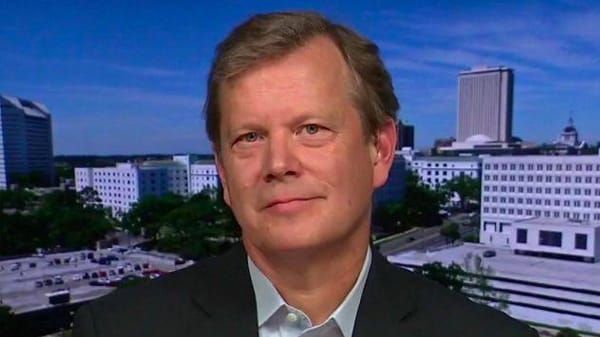 It is no secret that the Biden family has greatly benefited from deals with China – deals that the Chinese Communist Party (CCP) undoubtedly has a hand in. In his new book “Red Handed: How American Elites Get Rich Helping China Win,” Peter Schweizer revealed that the Biden family made an estimated $31 million from Chinese business deals.

That is no small figure, and thanks to Schweizer’s excellent and thorough research, we now know where some of that money came from, where it went, and what it cost. However, China’s reach extends far beyond the Biden family.

In a new episode of my podcast, Newt’s World, I sat down with the best-selling author to discuss China’s influence on the NBA and corporate America, and what he believes America should do to resist China’s influence.

The NBA’s pro-Chinese bias became particularly evident when the Houston Rockets retracted a tweet made in support of the people of Hong Kong during protests back in 2019. Since then, as the CCP’s treatment of the Uyghur Muslims has made headlines, the NBA has remained silent while pocketing millions. Schweizer asked the question, “Why would the NBA turn a blind eye to such extreme human rights violations while giving millions to Black Lives Matter and other related groups that are supposedly fighting the unjust and oppressive system here in America?” He suggests that it is simply because the fanbase in China is huge. The NBA knows that if it says something against the CCP, the money will stop flowing.

LeBron James, who is arguably one of the most successful and well-known players in the NBA, has also refused to criticize China for the same fear. According to Schweizer, James has many commercial deals in China, even some outside of his sponsor, Nike. Additionally, SpringHill Company, James’ production company, has a deal with Chinese state media to distribute his film projects. Schweizer argues that it is James’ extensive business portfolio in China that led to his refusal to sign a petition calling out the persecution of black Christians in China back in 2007, and it is the same portfolio that has kept him silent in recent years.

Unfortunately, the NBA’s reluctance to criticize the CCP is not an anomaly in corporate America. Not only have the tech companies benefited from Chinese deals, but so have organizations such as Bloomberg, ABC News, and Disney. When asked about corporate America’s attraction to China, Schweizer said, “You find a lot of people in Silicon Valley and Wall Street who talk openly about the efficiency of the Chinese system. [The Chinese] just get things done. They get things across the goal line…. I think that is an attraction for some of these CEOs.”

While the appeal is obvious, the question remains as to what Americans can do to fight back against China’s influence. Schweizer suggests some outright bans may be necessary, but he also encourages Americans to engage in shareholder activism. He asks American shareholders to show up at shareholder meetings and to ask questions of these companies’ leadership. He believes that if we are ever going to be able to tamp down China’s influence, these companies and their leaders must be called out.