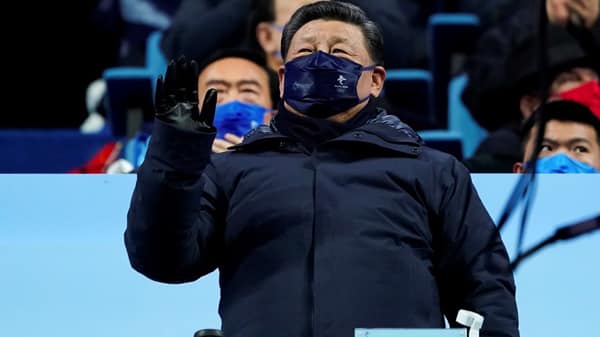 Any American viewing the Olympic Games in Beijing this month must start by asserting that America is proud to support our talented athletes as they represent the United States on the international stage.

As former U.S. Ambassador to the United Nations Nikki Haley and Senator James Risch wrote in an open letter to American athletes competing, “To be named a U.S. Olympian is one of the world’s greatest honors, and your fellow Americans are excited to cheer you on and celebrate your incredible accomplishments.”

Sadly, these accomplishments will be on display before the background of a totalitarian police state. It is so aggressive, that the FBI has warned athletes to leave their phones and computers at home due to the high risk of having them compromised by the Chinese Communist Party.

The spectacle of the historically important international games being held in a totalitarian dictatorship creates a moral and emotional dilemma for us all.

According to the International Olympic Committee, which organizes the games, “The goal of the Olympic Movement is to contribute to building a peaceful and better world by educating youth through sport practiced without discrimination of any kind and in the Olympic spirit, which requires mutual understanding with a spirit of friendship, solidarity and fair play.”

Established in 1894, the IOC’s vision is to “Build a better world through sport.” The official Olympic Charter reflects this sentiment and affirms, “The goal of Olympism is to place sport at the service of the harmonious development of humankind, with a view of promoting a peaceful society concerned with the preservation of human dignity.”

Tragically, virtually everything about Xi Jinping’s Chinese Communist dictatorship undermines the goals of the Olympic Committee.

As the network reported: “Two weeks later, Peng appeared in a video where she denied having been sexually assaulted, a move the Women’s Tennis Association (WTA) called ‘insufficient’ in verifying Peng’s safety. Following the incident, the WTA announced a suspension on all events in China, citing ‘serious doubts that she [Peng] is free, safe and not subject to censorship, coercion and intimidation.’”

This policy of “disappearing” people – secretly imprisoning them until they confess to something and accept their treatment – is antithetical to “a peaceful society concerned with the preservation of human dignity.”

While international athletes are almost certainly not going to disappear, their behavior is clearly going to be monitored – and potentially punished. While Olympic rules have historically protected athletes’ free speech in most cases, Chinese authorities have signaled they will not be so tolerant.

“Any expression that is in line with the Olympic spirit I’m sure will be protected, and anything and any behavior or speeches that are against the Olympic spirit, especially against Chinese laws and regulations, are also subject to certain punishment.”

As the Washington Examiner reported, even Speaker Nancy Pelosi recently cautioned athletes about “‘incurring the anger’ of the ‘ruthless’ CCP” before the Congressional-Executive Commission on China.

Pelosi reportedly criticized the Olympic Committee for placing the games in Beijing and supported the rights of athletes to speak their minds. But she made clear that the Chinese Communist Party was not to be tested.

“I know there is a temptation on the part of some to speak out while they are there. I respect that, but I also worry about what the Chinese government might do to their reputations and to their families… So, again, participate, let us celebrate from abroad, and don’t risk thinking that there are any good intentions on the part of the People’s Republic of China’s government — because there are none,” Pelosi said.

It is tragic that the Olympic Committee would put athletes at risk, reduce the honor of the Olympic games and provide cover for a ruthless dictatorship.

Despite these real threats, America is proud to support our talented athletes as they represent the United States on the international stage.