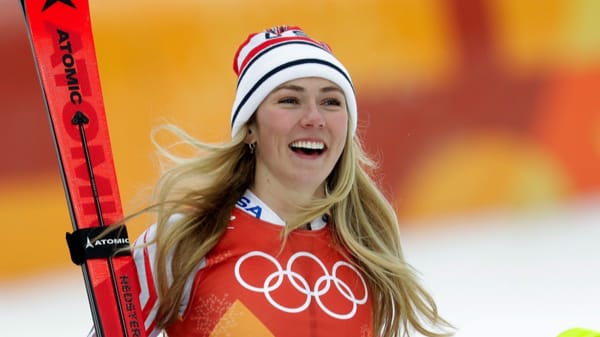 The 2022 Winter Olympics look much different this year.  The Olympic games in Beijing have been riddled with controversy due to the Chinese Communist Party committing genocide in Xinjiang and the emerging reports of poor living conditions in the Olympic Village.

The tragic realities surrounding the games have cast an unfortunate shadow over what should have been a global celebration of athleticism and national pride.  Fortunately, the women of Team USA, through their example and character, have shone through the darkness of this winter’s Olympic games.

Before securing spots on Team USA, skiers Mikaela Shiffrin and Hannah Halvorsen both overcame challenges and obstacles with grace and courage.

In February 2020, Mikaela’s father, with whom she was extremely close, tragically suffered a head injury and suddenly passed away.  Mikaela was devastated and took a break from skiing.  She couldn’t get out of bed, was overwhelmed with grief, and didn’t know if she would ever compete again.  Fortunately, Mikaela’s brother encouraged her to not give up.

Less than a year later, Mikaela returned to the slopes.  She kept fighting, and today Mikaela is proudly representing the United States at the Olympic games once again.

In November 2019, Hannah was hit by a car while she was crossing the street and suffered severe injuries including a skull fracture, bleeding in her brain, and a broken tibia.

Hannah knew how close she was to “being paralyzed, blind, or dead.”  One month after the accident, she said, “I’ve realized what matters, doing what you love, with people you love, and that is skiing.”

Through hard work, determination, and a positive attitude, Hannah returned to skiing. In her second race since the accident, Hannah scored the first World Cup points of her career.  Her resolve paid off. In January 2022, Hannah learned that she would be competing for Team USA in the 2022 Winter Olympics.

“As soon as I got the news, I immediately thought about how, two years ago, at this very time of year, I was relearning how to walk,” Hannah said.  It took years of recovery, but finally, Hannah turned her dream into reality.

Both of these brave and heroic women embody the epitome of the American spirit.

America’s Olympians are not defined by their difficulties and challenges, but by their life experiences and unwavering determination to succeed.