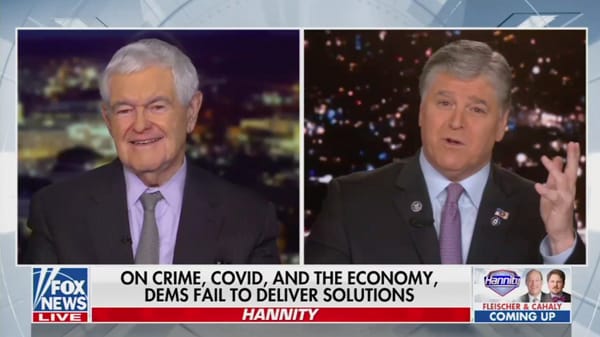 That’s not a conversion, it’s a lie. Come on, let’s be honest. Karl Rove did a great column in “The Wall Street Journal” and he went through all the different things where Beto O’Rourke is now repudiating Beto O’Rourke. It’s hysterical to read it. Look these people are assuming that we are so stupid that they can tell us anything they want to, and we will nod yes. I don’t know if you’ve seen what Kamala Harris just tweeted into Iran in Farsi. It basically says America is an evil country a terrible country, a bad, oh it’s unbelievable. We are homophobic, misogynist racist. For a vice president of the United States to have sent this internationally is, you have to wonder does she hate America? If she hates America, why is she vice president? It’s astonishing. The people on the left are rapidly degenerating into this kind of totally impossible position. So, for those who are reasonably rational, they’re just going to lie about it. They’re going to come back to you and say what inflation? What immigration? What murder rate? Why are you mad at me? I didn’t have anything to do with that. I wasn’t even here. It’s the most — I’ve never — as you know, Sean because we are such good friends. I am a historian. I don’t remember any period in American history where a major party has been this out of touch with reality and is now out of touch with itself. I mean, it’s astonishing to watch.

I actually like Tulsi Gabbard a lot. I worked with her on a couple of projects. She’s very common sense. She makes sense. She’s a veteran. The problem is if she were the leader of the democratic party in the house, it would be a party that could actually function. She can’t even be there now because she’s too rational, too normal. She doesn’t fit the model that’s evolving. And what strikes me. It’s like watching a religious movement. These are people who are now chanting and doing what they do with no regard to reality. And they have a level of contempt for the rest of us. I mean you watch Hillary Clinton after 31,000 eliminated emails after having somebody take a hammer to destroy her hard drive. After all the things she’s done, she is prepared with a straight face to look at me and you and say gosh, you don’t really think I did that.