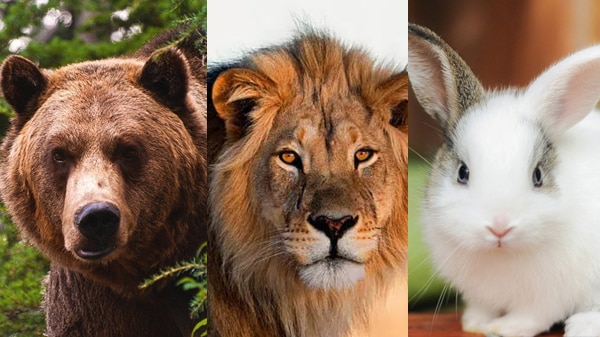 The best way to understand the current extraordinarily dangerous tragedy in Ukraine is to imagine a fight between a bear, a lion, and a bunny rabbit.

The best way to understand the current extraordinarily dangerous tragedy in Ukraine is to imagine a fight between a bear, a lion, and a bunny rabbit.

The bear of course is Russia, as President Ronald Reagan brilliantly evoked in his 1984 re-election commercial “The Bear.” As the narrator said:

“There is a bear in the woods. For some people, the bear is easy to see. Others don’t see it at all. Some people say the bear is tame. Others say it’s vicious and dangerous. Since no one can really be sure who’s right, isn’t it smart to be as strong as the bear? If there is a bear.”

We now know the bear is real – and it is on the move.

Vladimir Putin is a classic example of a strong, ruthless Russian leader. Yet, virtually every analysis of Putin’s motives and actions are wrong, because our supposed experts keep applying Ivy League standards of rationality, timidity, and reasonableness to him. Meanwhile, he reflects none of those values.

Putin isn’t some pampered, born-to-be politician. He was trained by the KGB. His record is one of unending toughness. He was arrogant enough to have ordered the killing of Russian dissident Alexander Litvinenko in 2006. Putin’s contempt for the West was revealed when he had Litvinenko killed in London, with the use of polonium 210 – a radioactive material that every intelligence agency knows is only manufactured in Russia. A British inquiry in 2016 and a European Court of Human Rights report in 2021 concluded Litvinenko had been killed at the direction of Putin. The consequence to Putin? Nothing. Just one more signal he could get away with whatever he wanted.

Putin’s increasing levels of violence in Ukraine were foreshadowed by his use of brutal force in the Second Chechen War (1999-2000). The destruction of the Chechen capital of Grozny in February 2000 was a forerunner of the kind of city destruction we are seeing in Ukraine. The Russian use of indiscriminate bombing of civilians in Syria was another forerunner. Again, Putin suffered no serious consequences for any of his actions (remember President Barack Obama’s “red line” in Syria and the ineffective sanctions after Putin seized the Crimea).

The Lion has turned out to be the Ukrainian people and their president. Their courage and willingness to fight and die for their country and freedom has come as an enormous shock to Russia – and the Ivy League educated rational leftists who dominate the American national security establishment.

As an example of the complete misunderstanding of the Ukrainian lion’s courage, on Feb. 5, Chairman of the Joint Chiefs Gen. Mark Milley said that Kyiv could fall within 72 hours if a full-scale Russian invasion of Ukraine happened. Having been wrong about Ukrainian courage and resistance, Milley is currently being incompetent about getting effective military aid to the Ukrainians.

Gen. Milley who totally mishandled the Afghanistan withdrawal – and has replaced war fighting with wokeness in the military – is proving to be the worst chairman of the joint chiefs in American history. Every day he is mismanaging and misanalysing the current crisis is another day of danger for Americans.

Gen. Milley, of course, works for the Biden bunny rabbit, who is proving totally incapable of facing reality or defeating the Russian bear.

The American Eagle apparently flew out of the White House when Biden moved in. It has been said that an army of lions led by a sheep will lose to an army of sheep led by a lion. It is clear from everything the Biden team has done that they are beyond sheep status. The Biden bunny is the only symbol that fits the timidity, confusion, and just plain stupidity which defines the current American policy.

Biden punishes the American oil and gas industry – while buying from Russia and subsidizing Putin’s military adventure (far more than any sanctions will cost Putin). Biden refuses to build liquified natural gas ports to help the Europeans quit using Russian natural gas. Biden is refusing to help Ukraine with targeting information, because it might be an escalation (when you watch a nuclear reactor burning and cities being bombed, only a bunny can be worried about escalation). Finally, Biden is relying on the Russian Ambassador in Vienna to get the Iranians to agree to a terrible American collapse on the Iranian nuclear weapons program.

So, the powerful bear and the brave lion are fighting, while the timid bunny is pretending everything will be fine.

Meanwhile, Putin has been clear how determined he is.

The French report on his call to President Emmanuel Macron says it all. According to the New York Times, a senior French official said France believes Putin plans to “take control of all of Ukraine,” and that Macron is expecting the situation to only get worse. Putin is claiming the West has forced him to act and that his “main goal was ‘the demilitarization and neutral status of Ukraine.’ [and] Those goals, the Kremlin said, ‘will be achieved no matter what.’”

So, Putin believes a large, ruthless, and violent bear will wear down the lion – and the bunny rabbit will ultimately be irrelevant.

As an American, I feel ashamed of our government’s cowardice, dishonesty, and stupidity.

Congress should take Biden head on and insist on every action that could help the Ukrainian lion. Surely, they can’t all be bunnies.