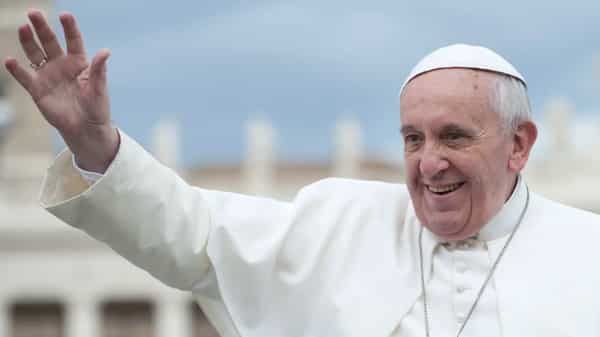 On March 19, the Solemnity of St. Joseph, Pope Francis issued a new Apostolic Constitution that will reform the organization and structure of the Roman Curia.

Nine years in the making, Praedicate Evangelium (“Preach the Gospel”) will take effect on June 5, the Solemnity of Pentecost.  Among the numerous changes, the new constitution renames the Vatican’s departments and pontifical councils and reorganizes them into 16 “dicasteries.”

According to the constitution, “The Roman Curia is composed of the Secretariat of State, the Dicasteries and the Offices, all of which are legally equal.”  This restructuring, reduction of departments, and streamlining, as the Vatican noted, will make the work of the Roman Curia more effective.

Additionally, the importance of evangelization is clearly emphasized within the new constitution.  As Cindy Wooden reported, “Pope Francis said he hoped the constitution would ensure that the offices of the Vatican fulfill their mission in helping promote the church as a community of missionary disciples, sharing the Gospel and caring for all those in need.”

The urgent call for evangelization has been a central focus of Pope Francis’s pontificate since his election in 2013, as Church membership declines and secularism grows in some parts of the world – particularly in the United States and in Europe.

A Gallup poll released in March 2021 found that in the United States, Catholic Church membership dropped by 18 percent since the turn of the century.  Moreover, a Pew Research Center Survey published in December 2021 reported that nearly three-in-ten U.S. adults describe themselves as atheists, agnostics, or “nothing in particular.”

Also, according to the most recent figures from the Church’s Book of Statistics, Europe saw a decline of 300,000 Catholics in 2019.

The new Vatican constitution signals that evangelization is a priority for Pope Francis and the Roman Curia.  It combines the Pontifical Council for Promoting the New Evangelization and the Congregation for the Evangelization of Peoples into the Dicastery for Evangelization, which the pope will preside over directly.

The new constitution also establishes the Dicastery for the Service of Charity, that according to Vatican News, has a “more significant role in the Curia.”

The Pontifical Commission for the Protection of Minors is also established within this dicastery.  According to Cardinal Sean O’Malley, this change is significant because “For the first time, Pope Francis has made safeguarding and the protection of minors a fundamental part of the structure of the Church’s central government: the Roman Curia.”

In addition to these structural reforms, Praedicate Evangelium paves the way for greater involvement of baptized lay Catholics in the Church’s governing body.

The constitution permits “any member of the faithful” to be appointed by the pope to lead many of the Vatican offices that were traditionally overseen by cardinals and archbishops.  This includes laymen and laywomen who will have the opportunity to hold “roles of government and responsibility.”

Rev. Gianfranco Ghirlanda, a top canon lawyer, said at a press conference at the Vatican that this announcement ultimately “confirms that the power of governance in the church doesn’t come from the sacrament of Holy Orders, but from the canonical mission” of every baptized Catholic.

Praedicate Evangelium is an historic achievement for Pope Francis and possibly contains some of the boldest reforms of his pontificate.