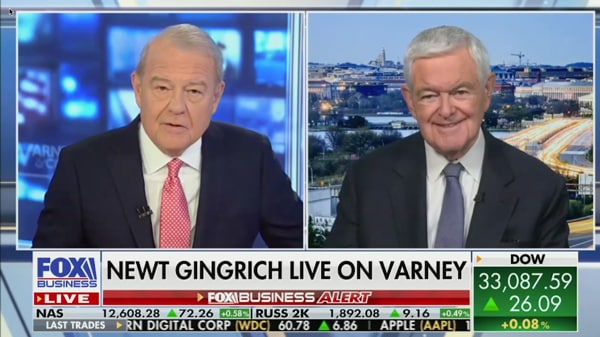 First of all they have betrayed their sense of the job. You go to the supreme court I assume this is one of the clerks. Because no other people have accessed the paper. It is a great honor. You pledged to be part of the system, so whoever did this and they have brought in the FBI they are taking it seriously, I don’t think anything like this has happened in the history of the court and it is very dangerous because it means that that the 9 justices can’t negotiate, talk things through, try to figure out where they are with any sense of secrecy and instead suddenly you don’t know who might be leaking and we live in an age of cell phones you can tape everything as we learned. This is a very dangerous precedent. The deeper issue is obvious. Roe versus Wade was decided on really terrible and very weak grounds. It was about the viability of the baby and the fact is the science and medicine moved so far from Roe versus Wade that all the underlying arguments have been destroyed by scientific advance. So I think inevitably it is going to crumble. The appointment of the Trump justices, the fact that they were approved meant for the first time since the appointment of Earl Warren in the 1950s, for the first time you have a solid conservative majority on the court doing what you would expect. It will be a political issue, I think not to the advantage of the Democrats, the country is going to worry about inflation, the country is going to worry about gasoline prices, food prices, millions of people crossing the border illegally, rising crime rates, go down the list and the most recent polls abortion is down 7 or 8 or 9 in terms of issues people are going to vote on. This will just divert the democrats to solving problems.

What I said was the range of the House where Kevin McCarthy is the next speaker the range will be 25 to 70. At the high end it could be 70. If it is anything above 35 given where they are already, they are almost a majority it would be the largest Republican majority since 1920. I would say to any Republican out there if you go out and vote, that kind of a tidal wave probably means a four or five seat majority in the senate and the combination of the two gives them the chance to I think force Biden over and over to choose between the American people and the radical left wing of his party.