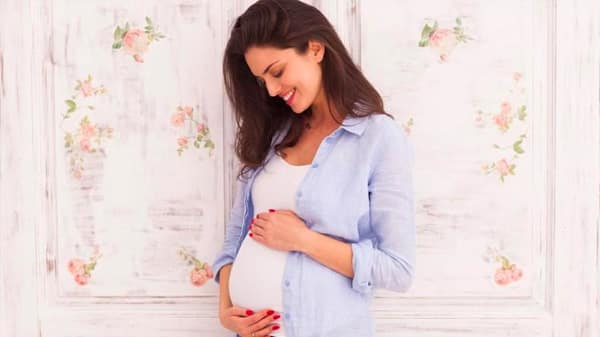 As we celebrate Mother’s Day on Sunday, we should be aware that the holiday could someday come to an end. And don’t be fooled, the effort to replace the word “mother” with “birthing person” is already underway.

As we celebrate Mother’s Day on Sunday, we should be aware that the holiday could someday come to an end.

At the current rate of woke efforts to dominate and redefine our world, you could imagine a day when President Joe Biden announces that “Birthing Person’s Day” will replace the obsolete, old fashioned, and exclusive “Mother’s Day” holiday.

You may think I am exaggerating or overreacting to fringe leftwing nuttiness. However, sensitivity to the smallest possible minority – and deference toward the strangest behaviors – are key tenets of the growing secular theology of the woke Left.

Here’s how the spread of leftwing radicalism works in practice: Ideas start out with a handful of weird extremists, and then they gradually become mainstreamed into the academic elite and the bureaucracies. They then become the norm in the news media, giant corporations, and in acceptable conversation. Finally, courts and government are used to impose the strange ideas on the country.

Don’t be fooled, the replacement of “mother” with “birthing person” is already underway.

Deputy Director of the Office of Management and Budget Shalanda Young defended the use of the term “birthing people” rather than “mother” in a June 2021 Congressional budget hearing.

“There are certain people who do not have gender identities that apply to female and male, so we think our language needs to be more inclusive on how we deal with complex issues.”

When asked directly if the administration would be replacing the term “mother” with “birthing people,” Young said, “I think our official policy is to make sure that when people get service from their government that they feel included, and we’re trying to use inclusive language.

During a May 6, 2021, U.S. House hearing titled “Birthing While Black,” Chairman Carolyn Maloney (NY-12) commented on high infant mortality rates for Black Americans saying: “The CDC estimates that 60 percent of these deaths are preventable. So, how does one of the most medically advanced nations in the world continue to fail Black birthing people at such high rates?” She went on to comment on “the way we approach health care for birthing people of color.” At least four other committee members referred to “birthing people” in the hearing.

This isn’t a fad. It’s a trend. In the leftwing of the Democrat Party, “mother” is a disappearing term, and “birthing people” is its replacement.

On March 23, Dr. Michelle Morse, Chief Medical Officer of the New York City Department of Health and Mental Hygiene, tweeted: “The urgency of this moment is clear. Mortality rates of birthing people are too high.”

The intellectual background to the replacement of “mother” with “birthing person” was captured in a Sept. 17, 2021 interview for The Atlantic between Emma Green and Deputy Legal Director of the American Civil Liberties Union Louise Melling.

Emma Green: Why do you believe it’s important to shift our language around gender and pregnancy?

Louise Melling: First of all, if we’re talking about “pregnant people,” that language says to people—to transgender men and to nonbinary people—“we see you.” It should do a fair amount of work to help address discrimination. If we talk about “pregnant people,” it’s a reminder to all of us to catch ourselves when we’re sitting in the waiting room at the GYN that we’re not going to stare at the man who’s there. We’re not going to be disconcerted…. “It is the reality that not only women seek abortions. It is not only women who are birthing.”

Just as the Biden administration now displays the Gay Pride Flag and the Transgender Flag in front of federal buildings – on flagpoles originally installed for the American flag – you can see the pattern building for the elimination of common language.

Further, the left’s drive to replace America with a radically different country is deeply serious and fanatic. It is a secular religious effort, rather than traditional political effort.

And holidays like Mother’s Day are at risk if the left continues to win elections.