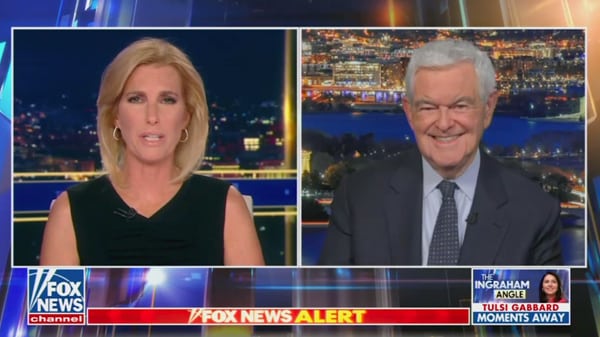 Look, I think every place from going to the gas station to going to the grocery store, which by the way by September will be a bigger story than gasoline. Food prices will go up all summer on a worldwide basis, there will be genuine crisis and hundreds of million of people are going to be at risk in places like India, the Middle East, sub-Saharan Africa. I think people have no idea how bad the food situations going to get by this summer and how expensive it’s going to be by September. But in addition, if you work hard and save all your life, I talk to somebody today who knows a great deal about the economy who just looked at his 401(k) and realized how much of a hammering they had taken in the last few days. So, if you’re retired person relying on the decent stock market, you’ve got a problem. If you’re dealing with the challenge of gasoline or jobs because I think where you and Larry Kudlow talked about is exactly right. The longer they wait on inflation, the deeper the recessions going to be. We lived through this with Jimmy Carter and ended up being called stagflation. And people added up the unemployment rate the inflation rate and turned it into the misery index by adding the two numbers together. We have a grave danger of being worse off in another year or year and a half then we were under Jimmy Carter.

First of all, I think when you’re on MSNBC, you sound very different then you might have in other conversations. I think Republicans have on rising crime rates as you mentioned a minute ago, on the inflation rates on the economy in general, on the open border with frankly a totally out of touch with reality secretary of homeland security. Every time you turn around, this is the administration whether it’s on education or its on regulation. It’s an astonishingly bad administration and the effect is in people’s lives. This is the great problem for Democrats in the news media. You cannot say enough things to overcome the price of gasoline or the cost of food. In the real world, real people get up every morning. They know it’s not working. And no matter what you tell them in “The New York Times” or NBC, or what the president tries to tell them when he’s coherent which is less and less often. They just don’t believe it. In fact, it makes the Democrats look like they’re out of touch with reality, they’re either lying or they have no idea what’s happening. And you’re not sure which is a more accurate description.