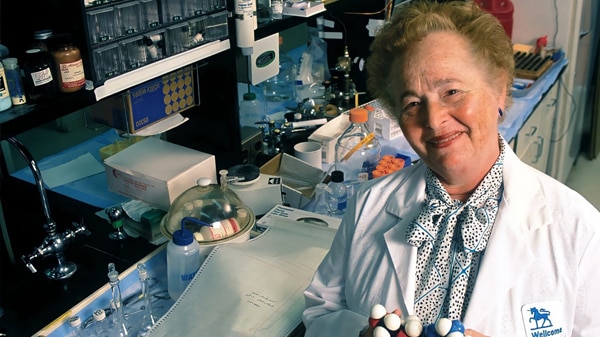 Every May, the United States celebrates Jewish American Heritage Month to honor the contributions of Jewish Americans to our country’s history and culture.

For nearly four centuries, since the arrival of the first Jewish settlers in 1654 in modern-day New York City, the Jewish people have been an impactful and influential part of the fabric of America.

Like so many of America’s earliest settlers, Jewish migrants first came to the New World in search of religious freedom. Yet today, Jewish Americans are tragically targeted for their faith.

According to a 2021 survey by the American Jewish Committee, 90 percent of Jewish Americans believe antisemitism is a problem in the United States, and 82 percent report that antisemitism has increased.

Despite facing persecution, discrimination, and loss, Jewish people throughout history have overcome adversity and used their skills and talents for the good of society.

As President Donald Trump said in his 2020 Proclamation on Jewish American Heritage Month, “From the arts and sciences, to business and public service, nearly every facet of our society has benefitted from the talent, inspiration, vision, expertise, ingenuity, and sacrifice of Jewish Americans.”

Consider Rebecca Gratz, a Jewish American woman who, according to the Jewish Women’s Archive, “worked to create an environment in which women could be fully Jewish and fully American.” In 1801, Gratz helped establish the first nonsectarian women’s charity in Philadelphia that was run by women and served women and their children. She later went on to help establish the Philadelphia Orphan Society, the Female Hebrew Benevolent Society (which served impoverished Jews), the Hebrew Sunday School, and the first Jewish orphanage in the United States. Rebecca Gratz’s determination and leadership brought both help and hope to thousands of women and children.

Another remarkable woman, Gertrude B. Elion, was born to Eastern European Jewish parents in New York City in 1918. After losing her beloved grandfather to cancer when she was 15 years old, Elion was “highly motivated to do something that might eventually lead to a cure for this terrible disease.”

Overcoming the prejudices of the time against women in science, as well as economic and employment hardships during the Great Depression, Elion’s brilliance and courage led her to make some of history’s most groundbreaking medical discoveries. Throughout her career as a chemist, Elion developed the first chemotherapy for childhood leukemia, the immunosuppressant used in organ transplants, the first effective anti-viral medication, and treatments for numerous diseases including lupus, hepatitis, arthritis, and gout.

In 1988, she became the fifth woman to win the Nobel Prize in Medicine. Even though she never received a Ph.D., Elion’s discoveries saved and improved countless lives. Moreover, her curiosity, generosity, and passion for alleviating suffering inspired future generations of young women to pursue careers in science.

One of the world’s most renowned film directors, Steven Spielberg, was born into an Orthodox Jewish family and, as a child, was bullied for being Jewish. Spielberg recalled, “I didn’t think of it as hate but thought of it as a shame.”

Spielberg, however, said he was always proud to be Jewish and he later directed one of the most influential movies about the horrors of the Holocaust. Based on real events, Schindler’s List (1993) told the powerful story of Oskar Schindler who saved more than 1,000 Jews from concentration camps during World War II. The film won 7 Academy Awards, including the award for Best Picture, and Spielberg won the Oscar for directing.

In 1994, Spielberg founded the USC Shoah Foundation, which, through interviews, has recorded and archived the testimonies of survivors and witnesses of the Holocaust. In the last three decades, the Institute has expanded significantly to include other events of genocide, ethnic violence, and mass killing. Today, the Institute has recorded and indexed 115,000 hours of testimony and conducted nearly 55,000 audio-visual testimonies across 65 countries in 43 languages.