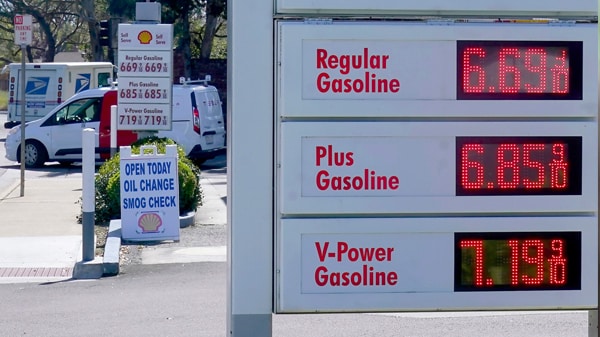 When I heard that Speaker Nancy Pelosi was going to respond to the highest gasoline prices in American history by giving the government the power to fix prices, I was instantly reminded of King Canute.

Canute was the most powerful king of his era. He ruled England, Denmark, and Norway. According to legend, his advisers had been praising his power and wisdom. He took them to the ocean as the tide was coming in and ordered the waves to stop. The waves, of course, ignored his command, and he got his feet and legs wet. Canute stepped back and pointed out to his advisers that God and the ocean simply ignored the King, and it would be wise to remember the real limits of his power.

Professor Simon Keynes of the department of Anglo Saxon, Norse, and Celtic at the University of Cambridge, told Kathryn Westcott of the BBC:

“It is often used about politicians who consider themselves so powerful they can stop the tide of something, such as rising wages – as arrogant as King Canute.

“Everyone always gets it wrong… Every now and then someone points out that the reference is wrong, but commentators continue to do it and historians such as myself wince. The story is intended to illustrate his piety – a prominent feature in his kingship. He knows his power is nothing besides that of God.”

Big Government Socialists don’t understand Canute’s story. They believe the powers of bureaucrats and laws are virtually limitless. Declare war on poverty, and it must disappear. Declare everyone has graduated high school – even if they can’t read, write, or do arithmetic – and they are ready for the workforce. Declare police are bad and criminals are good, even if the result is rising numbers of murders, rapes, robberies, and carjackings.