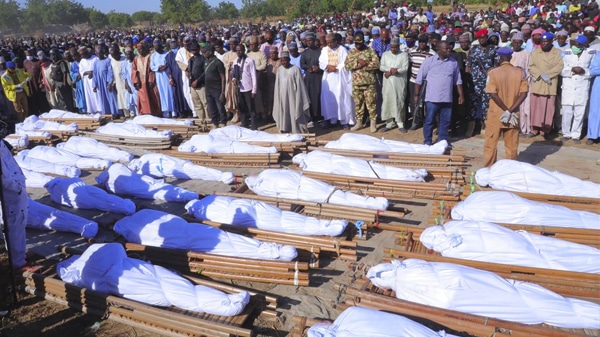 On June 2, the U.S. Department of State released its annual Report on International Religious Freedom. The more than 2,000-page report details the status of religious freedom in countries around the world; government policies violating religious beliefs and practices; and U.S. policies that promote religious freedom.

Still to come, however, are the Biden administration’s designations of the world’s worst violators of religious freedom.

Nations that have “engaged in or tolerated particularly severe violations of religious freedom” fall under one of two classifications – Countries of Particular Concern and Special Watch List Countries.

Countries of Particular Concern (CPCs) are the most virulent suppressors of the right to worship freely, whereas Special Watch List (SWL) countries similarly deny the free exercise of faith, but don’t meet all of the criteria of CPCs.

The independent, bipartisan U.S. Commission on International Religious Freedom (USCIRF), which was established by Congress in 1998, issues its own report with recommendations for CPC and SWL designations, as well as U.S. policy.

There is often overlap between USCIRF recommendations and the State Department’s designations.

For example, in 2021, both USCIRF and the Biden administration included Burma, China, Eritrea, Iran, North Korea, Pakistan, Russia, Saudi Arabia, Tajikistan, and Turkmenistan on its lists of Countries of Particular Concern.

Although the worst violators of religious freedom, or Countries of Particular Concern, have not yet been officially designated, the Biden administration is keenly aware of the atrocities being committed in India, Nigeria, Syria, and Vietnam, which are inhibiting millions of people of faith from worshipping freely. These countries were recommended by USCIRF in its 2022 report to be designated as Countries of Particular Concern.

While announcing the release of the International Religious Freedom Report in June, Secretary of State Antony Blinken took special notice of these nations and emphasized the unlawful targeting of worshippers within their borders.

Secretary Blinken stated, “[T]he report documents how religious freedom and the rights of religious minorities are under threat in communities around the world. … In India, the world’s largest democracy and home to a great diversity of faiths, we’ve seen rising attacks on people and places of worship; in Vietnam, authorities harass members of unregistered religious communities; in Nigeria, several state governments are using antidefamation and blasphemy laws to punish people for expressing their beliefs.”

Additionally, Afghanistan has seen a sharp decline in religious freedom for its citizens since the Taliban takeover of the country last August.

In the most recent USCIRF report, released in April 2022, Afghanistan was recommended to be designated as a Country of Particular Concern. Regarding the situation on the ground, Secretary Blinken said, “In Afghanistan, conditions for religious freedom have deteriorated dramatically under the Taliban, particularly as they crack down on the basic rights of women and girls to get an education, to work, to engage in society, often under the banner of religion. Meanwhile, ISIS-K is conducting increasingly violent attacks against religious minorities, particularly Shia Hazaras.”

Despite these admissions by Secretary Blinken, and the information uncovered in both the State Department and USCIRF reports, it remains to be seen which countries the Biden administration will designate as Countries of Particular Concern.

Exposing the atrocities being committed against people of faith is the first step, but for the United States to remain the leading champion and guardian of religious freedom, America’s leaders must hold the world’s worst violators of religious freedom accountable.