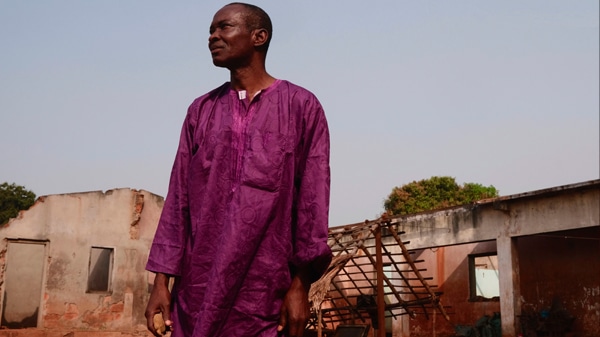 In recent years, as religious violence decreased in the country, USCIRF downgraded the Central African Republic from a Country of Particular Concern, which includes the most severe violators of religious freedom, to a Special Watch List country, which denies the free exercise of faith, and then removed the Central African Republic from both lists entirely.

Tragically, the trend toward improvement in the state of religious freedom in the Central African Republic has recently reversed, landing the country back on USCIRF’s Special Watch List.

As both reports found, a significant contributor to the escalating violence in the Central African Republic is the Russia-backed Wagner Group, which, according to the State Department, “exploits insecurity to expand its presence in Africa, threatening stability, good governance, and respect for human rights.” (For context, the financier and manager of the Wagner Group is the Russian oligarch, Yevgeniy Prigozhin – whose catering contracts with the Kremlin earned him the nickname, “Putin’s chef.”)

Although the conflict in the Central African Republic is fueled by political and economic interests, it is fought largely between ethnic and religious groups.

Beginning in 2012, predominantly Muslim militias, known collectively as the Seleka, launched an insurgency, which led to the seizure of Bangui, the capital city, and the staging of a coup. As a result, militias from predominantly Christian and folk religion communities formed to guard against the brutality of the Seleka forces.

As USCIRF described, “This triggered more than half a decade of political and ethnoreligious violence, including attacks on individuals based on their religious identity and deliberate attacks on houses of worship and religious enclaves in cities across [the Central African Republic].”

A United Nations peacekeeping operation was deployed to the country in 2014, but after it failed to institute stability in the embroiled nation, President Faustin-Archange Touadéra, turned to Russia for help in securing military instructors and weapons.

In 2017, the United Nations Security Council approved an arms embargo exemption, which allowed for Russian security assistance and training to be supplied to the Central African Republic government. The Touadéra government brought in the Wagner Group and by 2021, an estimated 1,200 to 2,000 Wagner personnel were operating in the country.

But according to Africa Program Deputy Director at the International Crisis Group Pauline Bax, “Rather than eradicating armed groups, the [Wagner Group] contractors are perpetrating abuses that increasingly drive violence.”

In the wake of President Touadéra’s contentious 2020 re-election, rebel groups united, mobilized, and launched an offensive. The Wagner Group played an active role in the government’s successful counter-offensive that followed.

However, in March 2021, concerns about Wagner’s operations in the Central African Republic were raised by the United Nations Working Group on mercenaries. Wagner Group mercenaries, working alongside the nation’s military, were reported to have committed “grave human rights abuses and violations of international humanitarian law,” including mass executions, arbitrary detention, torture, and forced disappearances.

As more details emerged, USCIRF later concluded in its April 2022 report, “In 2021, [Central African Republic] authorities and state-sanctioned foreign fighters with links to the Russian government killed or facilitated the execution of Muslims on the basis of their religious identities.”

According to observers, all Muslims in the Central African Republic are effectively insurgents in the eyes of the Wagner Group. Notably, USCIRF cited numerous United Nations reports that found an “increase in targeted attacks against the civilian population, especially Muslims,” and that targeted arrests of alleged rebels “disproportionately affected religious and ethnic minorities such as Muslims and Fulanis.”

The State Department reached a similar conclusion in its most recent report on International Religious Freedom, and wrote, “International and local observers stated that Muslim civilians were disproportionately targeted, and in some instances were killed indiscriminately, by government security forces and Wagner Group forces during operations against rebel groups in the central and northwestern areas of the country.”

Although Russia has a clear economic and political interest in the Central African Republic (particularly in its gold and diamond mining industries), the Wagner Group’s involvement in this conflict underscores that attacks against religious freedom can extend beyond a nation’s borders and intersect with many underlying factors.

For the United States to remain a vigilant champion of religious freedom, we must hold accountable all violators, no matter where or how they repudiate this fundamental human right.