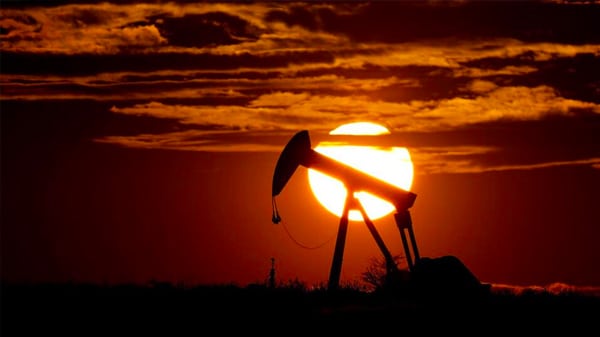 Lowering inflation and increasing domestic oil production would almost immediately improve life for many Americans, but the Biden administration has avoided doing either.

Two years ago, things were looking up for the American people.

Strong jobs numbers, combined with a booming economy under the Trump administration, had set America on the path to recovery.

We had achieved energy independence, and gas prices had fallen below $3 per gallon. Manufacturing jobs were returning to the United States for the first time in decades. Our leadership had finally begun solving our country’s big problems, and the future was looking bright for the American people.

As a college junior interning in the Trump White House, I was full of optimism — for the first time in years.

However, the onset of COVID-19 and the election of Joe Biden as President of the United States dimmed that hope.

While Americans have overcome the major effects of the pandemic with bravery and resilience, President Biden has failed to address our other big problems.

Americans have felt pain at the gas pump. Skyrocketing prices have created a tremendous burden which could have been avoided altogether.

In 2019, the United States had achieved energy independence for the first time in nearly 62 years under the Trump administration. Nearly 1 million barrels of oil were being exported from the United States every day at the height of this new boom. This development helped Americans and weakened our oil rich adversaries such as Russia, Iran, and Venezuela. (Recall that many elites had claimed energy independence was impossible.) It made our country and world a better, safer place.

Unfortunately, the new administration has taken the opposite approach on energy issues. On his first day in office, President Biden revoked permits for the Keystone XL pipeline project, which would have brought crude oil from Canada to refineries in the United States.

The administration has also closed off more land to oil and gas leasing in the western United States and canceled some gas lease sales in the Gulf of Mexico. It is also taking no action to expand offshore oil exploration.

These decisions are disastrous. Gas prices are currently standing at a national average of $5 per gallon.

Lowering inflation and increasing domestic oil production would almost immediately improve life for many Americans, but the Biden administration has avoided doing either.

Two years ago, our economy was strong.  Today, American mothers struggle to feed their children, as gas prices soar.

This is not the future that I want to see for America, and over 70 percent of Americans agree with me. However, there is hope: The American people can vote.

Andrew Miller is a Political Science graduate student enrolled at the University of Mississippi from Huntsville, AL and a research intern at Gingrich 360.