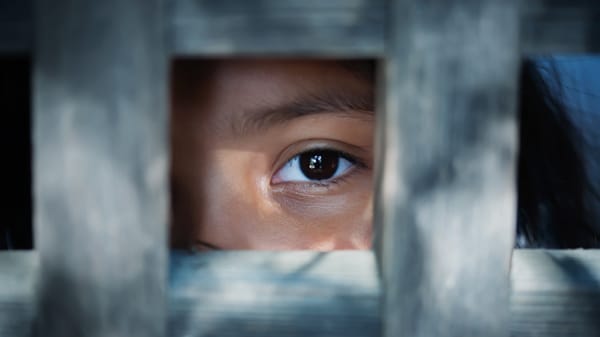 On July 19, the U.S. Department of State released its annual 2022 Trafficking in Persons Report, which assesses efforts by foreign governments to combat human trafficking.

Human trafficking is a global crisis affecting nearly 25 million men, women, and children worldwide. Victims of human trafficking are often lured with false promises by people they trust and are forced into prostitution, domestic servitude, and other forms of modern slavery.

This year’s report analyzes the performance of 188 countries and territories around the world, detailing how governments prevent trafficking, protect victims, and prosecute traffickers.

The State Department places countries in one of four categories.

Tier 2 and the Tier 2 Watch List are reserved for countries that don’t meet the TVPA standards but are working to make “significant efforts” to be brought into compliance.

Tier 3 is the lowest tier and includes governments that don’t meet the TVPA standards and are not making an effort to comply.

The State Department notes that 21 countries including Cyprus, Germany, and Iceland, were upgraded a tier for their increasing efforts to combat human trafficking. A total of 18 countries, however, were downgraded, including Brunei, Cambodia, and Vietnam.

Tragically, the report concludes that 11 countries have a “government policy or pattern” of human trafficking. This state-sponsored trafficking occurs in government-funded programs, through forced labor in government-affiliated sectors, sexual slavery in government camps, or through the recruitment of child soldiers.

As this year’s report makes clear, the scourge of human trafficking is a crime that knows no borders and is a stain on all of humanity. The fight to eradicate human trafficking strikes at the very core of our moral responsibility as human beings.

Survivors of human trafficking play a crucial part in the fight against this abhorrent evil. They engage in public outreach efforts, train law enforcement officers, support fellow survivors, work with government officials, and advocate before legislatures.

As the 2022 TIP report affirms, “Engaging survivors as partners is critical to establishing effective victim-centered, trauma-informed, and culturally competent anti-trafficking policies and strategies that address prevention, protection, and prosecution efforts. Meaningful engagement means collaborating with survivors in all aspects of anti-trafficking efforts.”

Human trafficking is one of the most tragic human rights abuses of our time. Ending this global scourge demands not only action, but also, cooperation. No single government or individual can do it alone. Governments, faith-based organizations, civil society, and survivors must work together.

Along with the TIP report, the Department of State honors courageous individuals who dedicate their lives to combatting human trafficking. This year, the State Department recognized six individuals from Bangladesh, Jordan, Liberia, Poland, Thailand, and Ukraine.

TIP Report Heroes are recognized for their tireless efforts – despite resistance, opposition, and even threats to their lives – to protect victims, punish offenders, and raise awareness of ongoing criminal practices in their countries and abroad.

These Heroes are a testament to the impact that each one of us can have in the fight against human trafficking. As honoree Mohammed Tariqul Islam said, “The TIP Report Heroes give us hope. The network of heroes is a reminder of the power each of us has to respond to the growing issues of human trafficking.”

The 2022 Trafficking in Persons Report and the recognition of this year’s TIP Heroes reinforce our nation’s commitment to eradicating human trafficking.