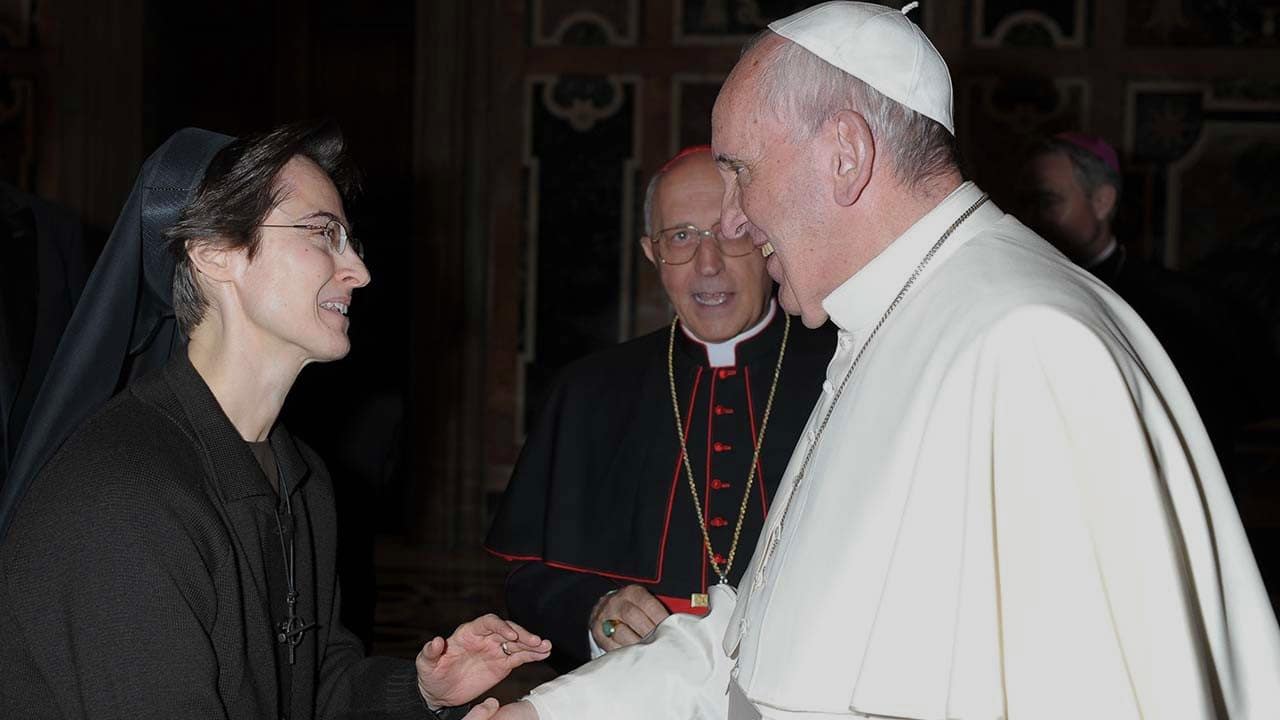 Throughout his pontificate, Pope Francis has been a champion of the important contributions of women.

Pope Francis has named numerous women to key positions in the Vatican, including Sister Raffaella Petrini, the first female to serve as Secretary General of the Governorate of the Vatican City State, which is the second-ranking position in the government. He also appointed Dr. Barbara Jatta, the first woman to serve as Director of the Vatican Museums.

In his Post-Synodal Apostolic Exhortation, Querida Amazonia, released in February 2020, Pope Francis wrote, “Women make their contribution to the Church in a way that is properly theirs, by making present the tender strength of Mary, the Mother.”

Recognizing the important, yet distinct, role that women play in the Church, Pope Francis has awarded new opportunities for leadership and participation for women that, traditionally, have been reserved for men.

In January 2021, Pope Francis changed the Code of Canon Law to formally allow women to serve as lectors, altar servers, and Eucharistic ministers. Although many local bishops had already authorized this practice in their communities, the change institutionalized the “presence of women at the altar.”

On June 5, 2022, the new Apostolic Constitution, issued by Pope Francis, took effect. The constitution instituted structural reforms of the Roman Curia and paved the way for greater involvement of baptized Catholics in the Church’s governing body.

The new constitution permits “any member of the faithful” to be appointed by the pope to lead many of the Vatican offices that were traditionally overseen by cardinals and archbishops.  This includes women religious and members of the laity who now have the opportunity to hold “roles of government and responsibility.”

Rev. Gianfranco Ghirlanda, a top canon lawyer, said at a press conference at the Vatican that this announcement ultimately “confirms that the power of governance in the church doesn’t come from the sacrament of Holy Orders, but from the canonical mission” of every baptized Catholic.

Continuing this effort to bring more women into decision-making positions, Pope Francis recently named the first three women to the Dicastery for Bishops. The Dicastery assists with the selection of bishops by reviewing candidates and making recommendations to the pope, who then makes the final decisions.

On July 13, Pope Francis appointed Sister Raffaella Petrini, Secretary General of the Governorate of the Vatican City State; Sister Yvonne Reungoat, former Superior General of the Daughters of Mary Help of Christians; and the first laywoman, Dr. Maria Lia Zervino, President of the World Union of Catholic Women’s Organizations, to the Dicastery for Bishops. The women will join eight cardinals, one archbishop, one bishop, and one priest on the Dicastery.

These women will have a consequential role in shaping and influencing the Catholic Church in communities around the world by advising the pope on the appointment of bishops.

The recent appointments of Sister Petrini, Sister Reungoat, and Dr. Zervino are historic and the latest examples of the invaluable contributions women bring to the Catholic Church.