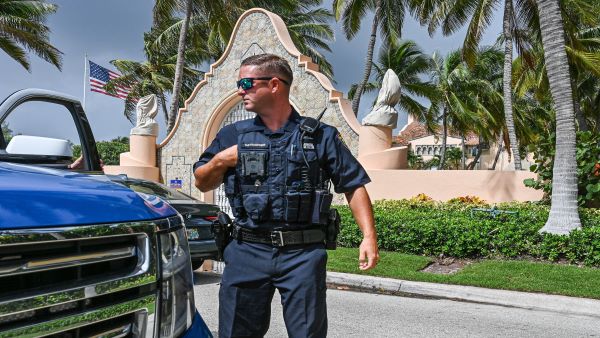 As we continue to watch news about the FBI’s raid on former President Donald Trump’s home this week, we should consider if the nation’s top law enforcement agency should focus its resources elsewhere.

In 2020 alone, violent crime increased by 5 percent, and homicides skyrocketed by 29 percent. Larceny, theft, burglary, aggravated assault, robbery, and rape are among the most reported crimes in the United States.

In June, a young mother was murdered while pushing a stroller in New York City. Just this week in Washington D.C., a man was killed and another person was injured in a shootout in the city’s popular Dupont Circle neighborhood.

Indeed, as of 2021, nearly 522,000 missing person cases remain unsolved. At the same time, the U.S. homicide clearance rate is at a historic low.

If we look at the Global Peace Index of 2019, which measures the peacefulness and general safety of 163 nations across the globe, the United States ranks 128th. Based on the crime rate alone, the U.S. ranks 56 out of 163 nations.

So, while numerous people are missing and our cities become more dangerous, the FBI is focused on harassing a former President of the United States.

Unfortunately, crime in America is surging with no end in sight, and Americans should be angry about their tax dollars being spent on unnecessary headline-grabbing raids.

Consider the mission statement of the FBI to “Protect the American people and uphold the Constitution of the United States.” This pledge has certainly been undermined by the recent invasion of former President Trump’s Mar-a-Largo residence.

Also consider that a recent Trafalgar Poll found that nearly half of Americans (47 percent) believe the raid on Trump’s home was the work of his political enemies rather than an impartial justice system (this includes 54 percent of Independents and 76.7 percent of Republicans).

The fracturing of our democracy and eroding trust in our justice system represent serious threats to our nation.

If a President of the United States can have his home raided by the FBI under a sealed warrant, so can all of us.

As Former President Trump has said, “They’re not after me. They’re after you.”