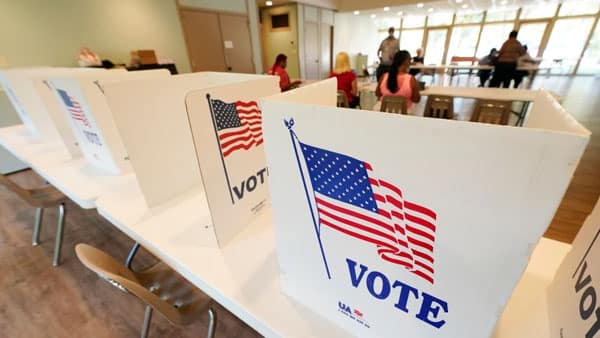 Republicans have the potential for a surprisingly big victory come this November’s midterm elections.

The public is dealing with a cost-of-living crisis (more than 20,000,000 are behind on their utility bills), rising energy costs, a record number of homicides, carjackings, and robberies, and the consequences of a wide-open border policy that has brought in a massive influx of both people and drugs. On virtually every front, people are finding themselves frustrated and frightened by a Democratic Party that is simply failing.

President Joe Biden’s bizarre Philadelphia speech (with its ominous, red-colored setting and its shameless and totally inappropriate use of the Marine Corps) furthered the sense that the Democratic Party is both disastrous and dangerous. According to a Trafalgar Group poll, 57% believe the speech “represents a dangerous escalation in rhetoric and is designed to incite conflict amongst Americans.” Only 36% agreed with the statement that “it is acceptable campaign messaging that is to be expected in an election year.”

More than 50 years ago, Edward Tufte proposed that midterm elections ultimately become referenda on the party occupying the White House. This puts an enormous burden on the Democrats. In June, a Monmouth University poll found that 88% thought America was “on the wrong track.”

Read more at the WashingtonExaminer.com