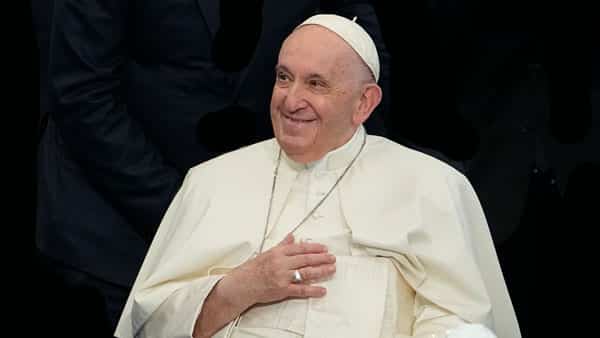 This week, Pope Francis traveled to Kazakhstan for the 7th Congress of Leaders of World and Traditional Religions, marking his 38th apostolic journey abroad.

Commencing every three years, the 2022 Congress brought together over 100 delegations from more than 50 countries to discuss the role of religious leaders in supporting spiritual and social development in a post-pandemic world.

The presence of Pope Francis, particularly given the backdrop of ongoing conflict, war, and religious persecution around the world, brought historic and meaningful significance to the interfaith Congress.

When the pontiff arrived in the capital city of Nur-Sultan on Tuesday, he first met with Kazakhstan President Kassym-Jomart Tokayev at the Presidential Palace. He then spoke to civil authorities and members of the diplomatic corps at the Qazaq Concert Hall.

Pope Francis addressed the “senseless and tragic war” in Ukraine and called for peace, unity, and dialogue. Speaking to the civil authorities and diplomats, the Holy Father said that leaders must stop “intensifying rivalries” among nations and emphasized the “fundamental role” that Kazakhstan plays to reduce cases of conflict.

“Those who hold greater power in the world have greater responsibility with regard to others,” Pope Francis said, “especially those countries most prone to unrest and conflict.”

On Wednesday, the second day of the papal visit, Pope Francis gave an address to the Opening and Plenary Session of the Congress. In his remarks, the pontiff recalled Kazakhstan’s history and noted that religious freedom is “an essential condition for genuinely human and integral development.”

Pope Francis also highlighted four central challenges facing our world today, on which people of faith can work together to alleviate suffering and achieve greater unity of purpose.

He first pointed to the vulnerability and hardship that emerged in the wake of the pandemic and called on believers to care for humanity.

Secondly, Pope Francis recognized the challenge of peace and urged the world’s religions to unite and commit to living in harmony with one another.

The Holy Father then acknowledged “fraternal acceptance” as the third challenge. He lamented that people are cast aside every day and said we must regard every human being as sacred.

Lastly, Pope Francis affirmed that “care for our common home” is the fourth challenge, wherein “the mindset of exploitation” destroys “the respectful and religious vision of the world willed by the Creator.”

That afternoon, Pope Francis met privately with various religious leaders and then celebrated Mass at the Expo grounds in Nur-Sultan.

When the Mass concluded, Pope Francis prayed for the Ukrainian people and all those whose homes are plagued with the devastation of violence and war. The pontiff declared that we must, “never grow accustomed to war or weary of helping its victims.”

The Pope urged world leaders to take the path of diplomacy, stating, “The one solution is peace and the only way to arrive at peace is through dialogue.”

On Thursday, the final day of Pope Francis’s three-day apostolic journey, he met with bishops, priests, deacons, consecrated persons, seminarians, and pastoral workers at Our Lady of Perpetual Help Cathedral.

The pontiff then made remarks at the conclusion of the interfaith Congress, referencing the motto for his visit, “Messengers of Peace and Unity.” The Holy Father asked religious leaders to “be open to tomorrow yet mindful of yesterday’s sufferings,” as we “press ahead on this path, walking together on earth as children of heaven, weavers of hope, artisans of concord, and heralds of peace and unity.”

Pope Francis’s message of peace and unity during his apostolic visit to Kazakhstan for the 7th Congress of Leaders of World and Traditional Religions is an urgent call to world leaders and a beacon of hope for those who long for an end to violence, conflict, and war.