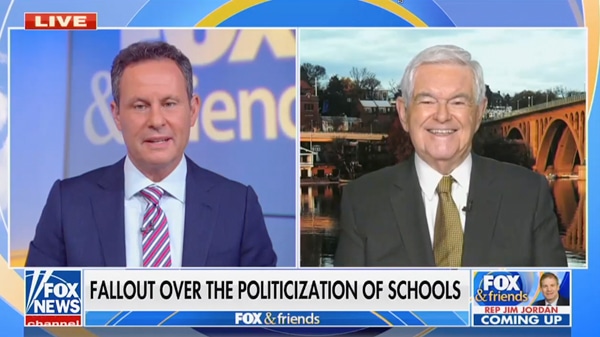 Well, it plays into it a lot. I just heard Tutor Nixon, the governor of Michigan, talk about the need to set up some kind of program for tutoring so these kids can catch up. We can’t just write it off and say oh yeah a generation of kids who got cheated. We got to go back and find a way to get them educated and a lot of different states are working on that. Also, I think, a real condemnation of the teacher’s union and their commitment to radical values rather than to effective education. That’s going to be a big issue virtually everywhere in the country.

I think a tsunami is coming. I think it’s going to be huge. And when people learn that every single Democrat in the house voted for the transgender supremacy act and that all of the democratic senators up for re-election, every one of them co-sponsored the transgender supremacy act in the senate and they look at the details of that bill. And they realize it would guarantee any boy who decided to declare he was a girl could go into the girl’s locker room. It would guarantee that students could be tutored by their school without telling their parents. It would place transgender rights above religious liberty. The catholic bishop had a devastating critique of the bill. These are the kind of radical things, if you look, say, at the Latino community, it’s the combination of the economy, you can’t afford the gas, you can’t afford the food, you can’t afford the rent, you can’t afford the electricity and radical values. And the two together are repelling people from the democratic party on a scale. This may be the biggest Republican election since 1920.