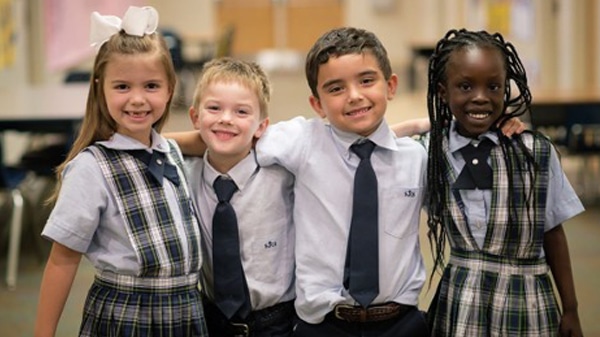 Two monumental legal settlements in Vermont have put an end to more than two decades of discrimination against families in the state who have enrolled their children in religious schools.

Under this program, students residing in towns without public schools selected a public or approved secular private school to attend, and the town paid tuition on their behalf. However, Vermont school districts blocked qualifying students from utilizing this benefit at private religious schools that did not have “adequate safeguards” that shielded funding from “religious education.”

Consequently, these students and their families had to choose between attending a different school or paying tuition out of pocket – until now.

This settlement comes in the wake of the Carson v. Makin U.S. Supreme Court decision, which called into question a program in Maine that was similar to Vermont’s Town Tuition Program. The court ruled that Maine’s law requiring tuition assistance be used toward a “nonsectarian school” violated the Free Exercise Clause of the First Amendment.

Because of the landmark decision in the Carson case, the Vermont families and state and local government officials agreed to settlements that will reimburse the plaintiffs and other families who paid out of pocket for religious educations. The plaintiffs will also have their attorneys’ fees paid for by the state of Vermont and the school districts.

As Alliance Defending Freedom Legal Counsel Paul Schmitt said in a statement announcing the settlements, “All parents should be able to send their kids to schools that are the best fit for them, and the First Amendment protects parents’ right to choose religious schools.”

The legal settlements are a victory for religious freedom and for school choice.

A majority of Americans consistently support school choice, further evidenced in a 2022 poll by RealClear Opinion Research which found that overall support for school choice policies increased from 64 percent in 2020 to 72 percent. The survey found that 82 percent of Republicans support school choice policies, which amounted to a 7 percent increase. Support among Independents totaled 67 percent and Democrats totaled 68 percent – an increase of seven points and nine points, respectively.

Most importantly, however, the recent legal decisions further pave the way toward a brighter future for America’s children.

Numerous studies have shown that school choice programs increase graduation rates among participating students. For example, students in the D.C. Opportunity Scholarship Program, a program that gives private school scholarships to students from low-income families, increased graduation rates by 21 percent. Schools participating in this program include institutions with a focus on teaching religious traditions.

Additionally, with the devastating results in math and reading scores released in the 2022 National Assessment of Educational Progress (NAEP), America’s children need greater access to quality education that fosters their success.

In every region of the country and in 30 states and jurisdictions, fourth grade reading scores declined, with 66 percent of these students scoring at or below the NAEP Basic level.

However, the scores of Catholic school students remind us that these educational challenges are not insurmountable.

These trends underscore the importance of initiatives that give families the freedom to choose the type of education that is best for their children and ultimately the knowledge, skills, and values their children need to succeed.

The recent legal settlements in Vermont are a victory for champions of religious freedom, advocates for school choice, and America’s children who deserve the opportunity to achieve their dreams.