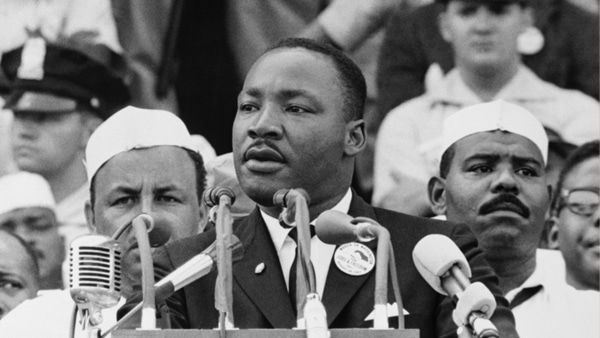 Nearly two weeks after the opening of the 118th U.S. Congress, we celebrate the birth of Reverend Martin Luther King Jr. — a devout pastor, transformational civil rights leader, and courageous activist. Reverend King changed the course of history by envisioning and articulating a path toward a better future for all Americans.

The impact and legacy that Reverend King had on the American Civil Rights Movement have endured for generations. So too, have the lessons he taught us as he bravely fought for equality and freedom.

Reverend King was living with his family in Montgomery, Alabama when Rosa Parks refused to give up her seat on a bus to a white man on December 5, 1955. As black leaders began mobilizing across the city, 26-year-old Martin Luther King Jr. was chosen to lead the first major nonviolent demonstration against segregation, the Montgomery Bus Boycott, as the spokesperson and president of the Montgomery Improvement Association.

Because of Reverend King’s charismatic leadership and the resolve of the organizers and activists, the boycott lasted 381 days – until Montgomery’s busses were integrated on December 21, 1956.

As the success of the boycott reveals, meaningful change often starts in neighborhoods, churches, and schools. But it was the leadership of Reverend King that transformed a local demonstration into a watershed moment in American history.

The Montgomery Bus Boycott, ignited by one woman, took the nation and the world by storm. It signaled that a new dawn had come for the long struggle against segregation and launched what is now known as the Civil Rights Movement.

Shortly after the boycott, the Southern Christian Leadership Conference was formed in 1957. It had a particular focus on community-level organization across the South with an emphasis on non-violent mass demonstrations. With Reverend King chosen as its first president, the SCLC’s motto was, “Not one hair of one head of one person should be harmed.” The SCLC played important roles in organizing the March on Washington in 1963 (where Reverend King delivered the “I Have A Dream” speech), as well as the Selma Voting Rights Campaign and the March to Montgomery in 1965.

The right to speak openly and demonstrate peacefully is fundamental to who we are as Americans and was enshrined by our founders in the First Amendment. It’s the reason democracy can appear messy and chaotic – but also the reason freedom endures and thrives.

However, during the 1963 March On Washington, when Reverend King stood in front of more than 200,000 people on the steps of the Lincoln Memorial, he wasn’t exclusively speaking to the people who supported the civil rights cause, as Dr. Benjamin F. Chavis Jr. (who attended the speech) noted. The words of Reverend King, Dr. Chavis wrote, “were directed at Americans who didn’t agree with him – yet. The vision he painted with his words represented an effort to build a bridge to people who did not share his agenda.”

The Civil Rights Movement was open to people of all races, religions, and backgrounds who were committed to its mission of advancing civil rights and ending segregation through nonviolent means. Reverend King’s “I Have A Dream Speech” sought to invite and bring more people along in support of the cause of freedom.

King delivered this speech one hundred years after President Abraham Lincoln signed the Emancipation Proclamation. Despite their victory over slave owners in the Civil War, black Americans were still being denied the freedom and equality promised and enshrined in our nation’s founding documents.

“When the architects of our republic wrote the magnificent words of the Constitution and the Declaration of Independence, they were signing a promissory note to which every American was to fall heir,” Reverend King said. “It is obvious today that America has defaulted on this promissory note insofar as her citizens of color are concerned.”

However, despite the frustrations and injustices, King still believed in America and her founding principles.

The 118th Congress, with all its conflicts and narrow partisan majorities, should take heart from the great example and the many lessons to be found in Reverend Martin Luther King Jr.’s life.

We can reason together.

We can focus on the content of our character and not the color of our skin (as Reverend King described the future he wanted for his children).

We can remember the moral forces of seeking justice, listening to each other, and finding ways to improve rather than undermining America.

These principles and Reverend King’s reverence for the “magnificent words of the Constitution and the Declaration of Independence” should be a guiding light for the 118th Congress.