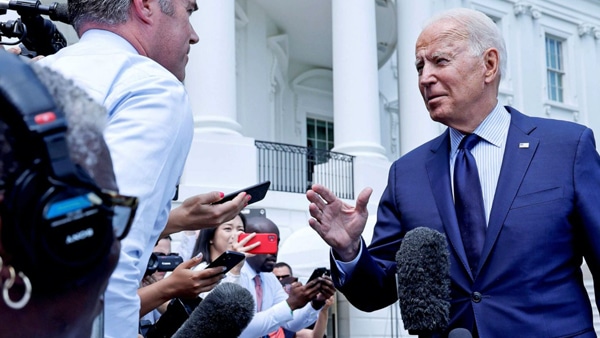 Republicans should take a simple position: Lying is bad. There will be no effectiveness in the House for a freshman who is clearly lacking in honesty.

I recently did an interview with a smart, experienced Washington journalist.

We covered a lot of ground including the debt ceiling, balancing the budget, Speaker Kevin McCarthy’s first two weeks, and Russia’s attack on Ukraine.

Then we got around to a moment of hardcore politics. As a good liberal, he tried to put me on the defensive about a Republican House freshman who is clearly a liar – and will have no influence in Congress. He will almost certainly be defeated in the next election.

I knew from the tone of the question and the look on the journalist’s face that he wanted me to fall back into a defensive mode and ask more questions about how House Republicans should handle someone who is dishonest.

I remembered a rule I had learned from President Ronald Reagan. When faced with a reporter asking a question you don’t like, simply ignore it and answer the question you wished he or she had asked.

Timid Republicans have often accepted the left’s moral authority to define which lies matter and which ones don’t. It is an appalling trait I have fought throughout my activities as a citizen going back to 1958. (I discuss this in my upcoming book, March to the Majority, which I wrote with my long-time advisor Joe Gaylord).

If the news media wants to have a conversation about politicians who lie, House Republicans should be eager to accommodate them – and immediately turn to the amazing examples of Democrat public figures who can’t or won’t tell the truth.

House Republicans should start any discussion of lying with the example of the current occupant of the White House.

As a candidate and president, Biden has survived a lifetime of lying. In 1987, in a Democrat Presidential debate, he claimed to be a descendent of coal miners in northeast Pennsylvania. It turned out not only to be a lie but to have been plagiarized from a brilliant emotional speech by Neil Kinnock about his childhood in Wales.

Mark Thiessen captured the depths of Biden’s mendacity in a column in the Jan. 4, 2023 Washington Post titled: “Santos Must Have Learned from Biden How to Make Up Details About His Past.”

Thiessen points out that Biden lied about being nobly arrested while trying to visit an imprisoned Nelson Mandela in South Africa. Biden claimed he thanked Mandela when the anti-Apartheid leader later visited Washington D.C. It was all baloney.

Thiessen went on to note that Biden had received a “bottomless Pinocchio” from the Post for absurd lies about meeting with former Chinese leader Deng Xiaoping (ten years after Deng died) and traveling with Chinese leader Xi Jinping. Both stories were false.

On a more practical level, Biden has said the current inflation mess was temporary, the border is secure, that there are no supply chain issues, and his out-of-control spending plan would strengthen the dollar.

And Biden isn’t the only one.

Recall the entire scandal of Hillary Clinton’s deleting 33,000 emails and having a staffer literally take a hammer to destroy computer hard drives. Had she been a Republican, the media would have declared disqualified from public service.

Even in the U.S. House, the record for repetitive lying is held by the former chair of the House Intelligence Committee. Democrat Rep. Adam Schiff repeatedly used the prestige of his committee assignment – and the presumption that as chairman he had inside information – to lie repeatedly about President Donald Trump. Schiff’s attacks on Trump over the “Russian Hoax” is a case study in partisanship and dishonesty overcoming patriotism.

We now know beyond any reasonable doubt that the entire effort to tie the Trump candidacy to the Russians was a lie. It was a lie helped by corrupt elements of the FBI. It was a lie compounded by corrupt elements of the intelligence community. When 51 Intelligence community leaders signed a joint letter just before the 2020 election claiming the Hunter Biden laptop scandal was a hoax, they were also lying to the American people for partisan purposes and dishonoring their careers in intelligence. Shouldn’t they all be reprimanded for undermining the faith of the American people in their intelligence institutions?

More important than the lies: What is hidden behind them?

At a minimum, $51 million have been funneled into the University of Pennsylvania Biden Center for Diplomacy and Global Engagement by Chinese Communists to benefit the President and his allies (consider our current Secretary of State used to run the place.) Further, we know nothing about the money which has funded the Biden Institute at the University of Delaware (which received 1,850-plus boxes of documents from Biden.)

President Biden has lied consistently about his knowledge of his son’s business dealings – when he’s been demonstrably involved. In fact, the family in the White House has made tons of money off Ukrainian, Russian, and Chinese Communist connections. This is a real problem.

Republicans should take a simple position: Lying is bad. There will be no effectiveness in the House for a freshman who is clearly lacking in honesty. On the other hand, there should be real efforts to discover the truth about President Biden and his family’s various financial activities with foreign dictatorships.

The freshman is a side distraction and will be allowed to do no harm.

The President is an active threat to the security of the United States and a stain on the honor of the highest government office in America.

That is the difference between the two parties.