This proposal outlines the great citizen leadership challenge of our generation.

There is a significant opportunity to bring together a large American majority – rather than a narrow Republican majority.

A vast majority of Americans agree on many key issues.

There is a potentially powerful movement focused on solving problems and emphasizing positive values that unify people – while drawing a clear distinction between most Americans and the small elitist minority which has sought to dominate and distort our society.

An American majority movement would be in the best tradition of President Ronald Reagan, who began as a Democrat and became a Republican – but always sought to appeal to the broadest possible range of citizens.

An American majority movement would draw on the information at AmericanMajorityProject.com to shape campaigns and governance for 2022 and the next decade around solving America’s problems while unifying most Americans to focus on developing a better future.

This movement would reassert the Declaration of Independence’s assertion that “we are endowed by our Creator with certain unalienable rights among which are life, liberty, and the pursuit of happiness.”

This movement would rebuild the rule of law within the framework of the Constitution, which pledged “We the People of the United States, in Order to form a more perfect Union, establish Justice, insure domestic Tranquility, provide for the common defense, promote the general Welfare, and secure the Blessings of Liberty to ourselves and our Posterity, do ordain and establish this Constitution for the United States of America.”

This movement would draw its strength from President Abraham Lincoln’s belief that we should work and struggle to ensure that “this nation, under God, shall have a new birth of freedom – and that government of the people, by the people, for the people, shall not perish from the earth.”

It is our generation’s challenge to take power back from lobbyists, career politicians, giant corporations, imperial bureaucracies, and billionaires – and reform that power so that we truly have government of, by, and for the people.

Only a vast majority of Americans working together to find positive solutions – and finding ways to listen to and learn from each other – can achieve these historic goals.

We must go forward as citizens in the spirit which President Lincoln described in his second State of the Union message to Congress on Dec. 1, 1862:

“The dogmas of the quiet past are inadequate to the stormy present. The occasion is piled high with difficulty, and we must rise with the occasion. As our case is new, so we must think anew and act anew. We must disenthrall ourselves, and then we shall save our country.

Fellow-citizens, we can not escape history. We of this Congress and this Administration will be remembered in spite of ourselves. No personal significance or insignificance can spare one or another of us. The fiery trial through which we pass will light us down in honor or dishonor to the latest generation. We say we are for the Union… We, even we here, hold the power and bear the responsibility… We shall nobly save or meanly lose the last best hope of earth.”

Every generation must save freedom. Now it is our turn.

This proposal outlines the path to an American majority capable of solving our problems and creating a dramatically better future for all Americans.

I hope you will share it with our fellow citizens. 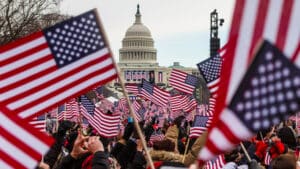 The combination of Big Government Socialism, woke radicalism, a governing performance disaster, and weak personalities at the top of the Democratic Party is creating an opportunity for a new American majority to emerge that brings together everyone who rejects all three components—and supports common sense efforts to create a better country for everyone. 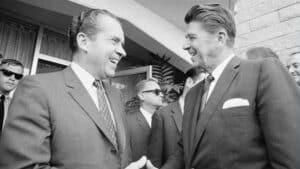 An American Majority, Not a Republican Majority: Part Two – Lessons from President Reagan 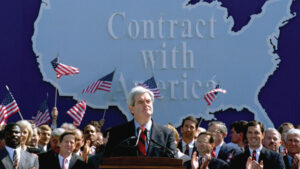 If you are determined to be an American majority, and you are committed to listening to and learning from the American people. 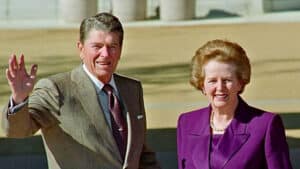 If conservatives can build a performance-based message on the themes of Margaret Thatcher and Ronald Reagan, we can govern with a long-term, stable American majority rather than a smaller and shorter-lived Republican majority.

Stay in touch from the AmericanMajorityProject.com 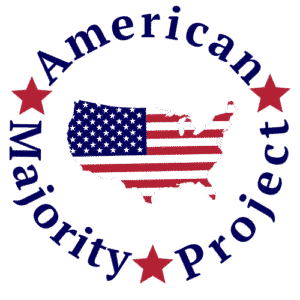