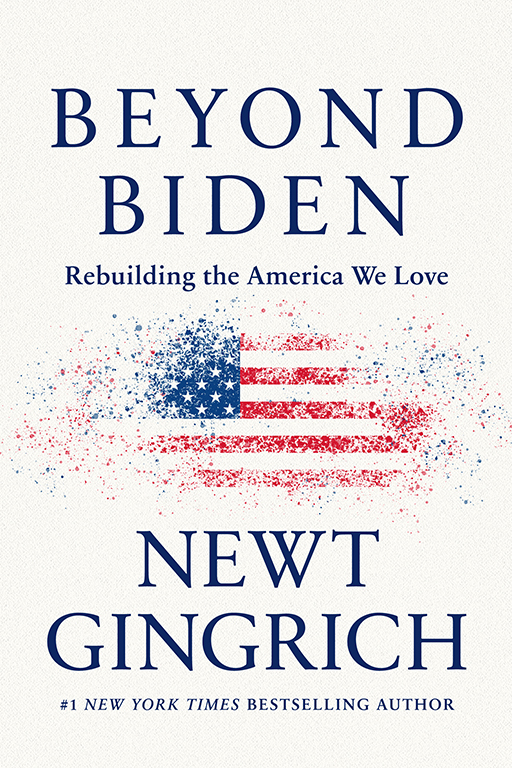 Rebuilding the America We Love

Best-selling author Newt Gingrich exposes the anti-American forces that have grown so large and so aggressive in their quest for power in Joe Biden’s America.

Use the promotion code NEWT at checkout to save 25% - limited time offer good through Nov. 1.

Too many Americans are depressed and in despair about our nation’s future.

In Beyond Biden, Gingrich explains how the struggle between the defenders of American exceptionalism and the forces of anti-Americanism is reaching a fever pitch. These forces have grown so large, so well-financed, so entrenched and aggressive that they must be studied closely and understood completely.

Gingrich argues conservatives should be optimistic.  After observing Joe Biden and Kamala Harris’ first year in the White House, the former House Speaker is convinced the 2020 election was a detour -- and not a turning point for our country.

“Beyond Biden is a fantastic book. Newt Gingrich brilliantly outlines the roadmap for building upon supermajority issues that will move our country forward.”
— President Donald J. Trump

“Once again, Newt has clearly identified our country’s biggest challenges—and he has the answers to help America solve them and grow stronger than ever.”
— Sean Hannity