We understand what shapes the debate – and how to win.  Learn more about what America’s leaders are doing, and how it affects your family, your business, and you.

Trees, Reforestation, and the Control of Infectious Disease

Unlike draconian policies proposed by left-leaning proponents of the so-called Green New Deal, reforestation is a positive, entrepreneurial enterprise that will strengthen the world’s economy while protecting human health.

In December, a Saudi national opened fire at US Naval Air Station Pensacola in Florida, killing three American sailors and wounding eight other people. The gunman, 21-year-old Mohammed Saeed Alshamrani, was an officer in Saudi Arabia’s Air Force who was at the military base as part of an American training program for Saudi aviators. He was shot and killed at the scene.

What Newt’s Reading: Georgia contrast Michigan, cutting dependencies on China, and the media turns on one of its own.

Is Another Tea Party Brewing…Or Something Bigger?

What if there was a way for Congress to provide American families an $11,000 per year increase in their incomes without costing taxpayers a penny? 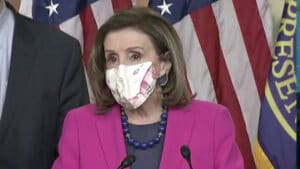 Speaker Pelosi and the House Democrats just passed a bill on May 15th for $3 Trillion. Hidden within the 1,815 page bill are several controversial issues.

Stacey Abrams and the Democrats’ Quest for Their Next Superhero

Stacey Abrams has been the subject of numerous similarly fawning, cringeworthy puff pieces in the past few days. One article in the New York Times explains how Abrams is “making politics a little less fake.”

A Beautiful Day in Rome

College Football in September? Of course!

Simply put: America should be addressing these challenges with a “yes, and” attitude instead of “no, because” attitude.