OUTLOUD with Gianno Caldwell – Episode 19: Superman the Politician? A Conversation with Dean Cain 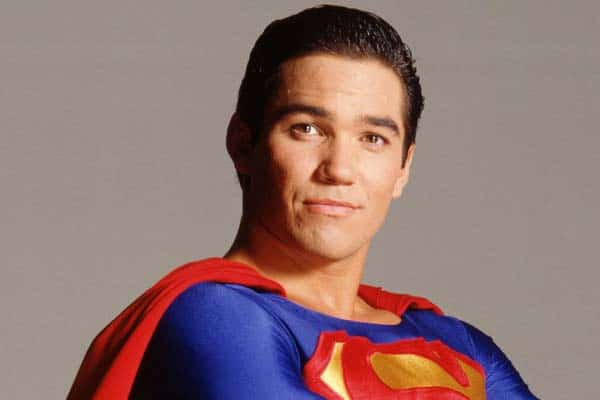 On this episode, Gianno talks to a Trump supporter in Hollywood who knows all about the cultural assault on the American people. Gianno’s guest is Superman himself, Dean Cain, an actor who played the superhero on TV, among other prominent roles. Beyond cancel culture, Dean and Gianno discuss faith, politics, and what makes America so exceptional. 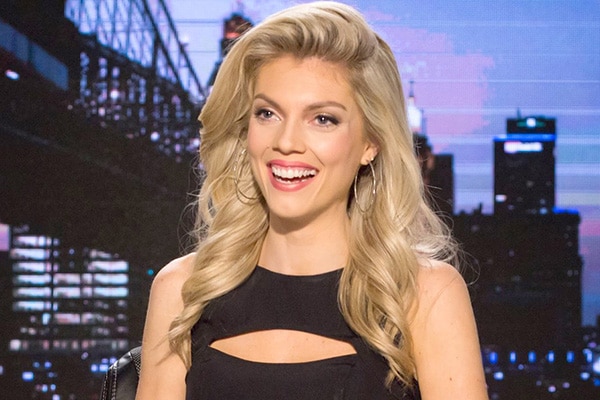 The nation is still reeling after a mob stormed the US Capitol, desecrating the seat of American democracy. On this episode, Gianno reflects on this unprecedented assault with Liz Wheeler, the well-known author and political commentator. Liz and Gianno also discuss the left’s response, including the media’s egregious effort to demonize all conservatives. And they dig into Big Tech’s censorship of President Trump and others on the right, as well as where the Republican Party goes from here.

OUTLOUD with Gianno Caldwell – Episode 17: The Establishment is Failing Us, with Charles Payne 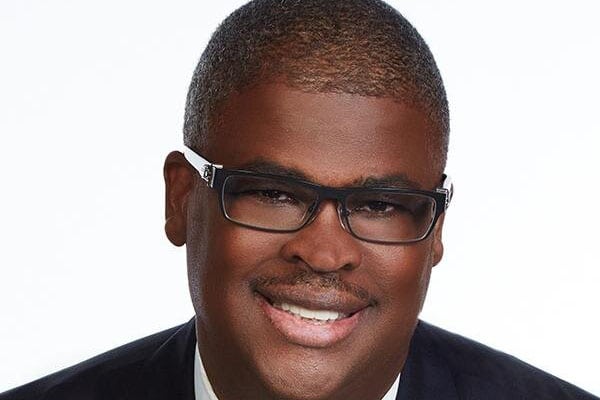 As we begin a new year, America is still grappling with COVID-19 and millions of people are struggling economically because of the lockdowns. On this episode, Gianno examines how to revive the pre-COVID economy, with Charles Payne, the Fox Business host and bestselling author. They also show how politicians in Washington from both parties remain out of touch with the American people, especially those in the working class. Plus, Charles and Gianno discuss their experiences growing up in poverty, sharing inspiring insights on how we all can overcome adversity and live fulfilling lives. 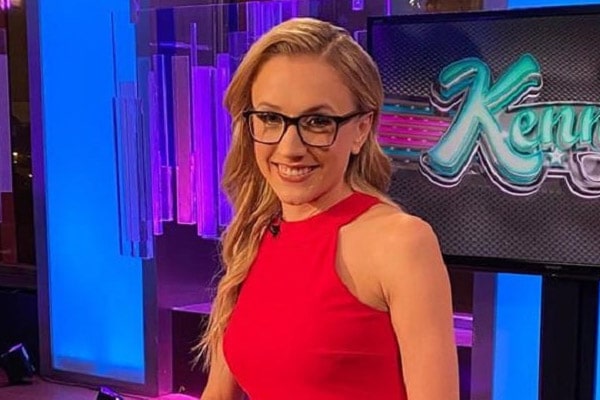 As America becomes more divided, we better remember how to laugh. Otherwise, we’re just going to cry. On this episode, Gianno has a hilarious yet insightful conversation with Katherine Timpf, a good friend and one of the youngest, most entertaining stars at Fox News. In addition to being a journalist, Kat is also a comedian. They discuss the current state of American politics, how uninspiring Joe Biden is, the role of comedy, and much more. This is a must-watch during the holiday season to remind us how important a sense of humor is — and how powerful it can be.

Amid so much misinformation and hysteria, the coronavirus pandemic has become egregiously politicized. On this episode, Gianno cuts through the BS to get to the facts about COVID in a can’t-miss interview with Dr. Drew Pinsky, a well-known author, internist, and media personality. They also dig into the current state of politics. Plus, Gianno goes to therapy with Dr. Drew, discussing some of the traumas he endured earlier in life and how they affect him to this day. 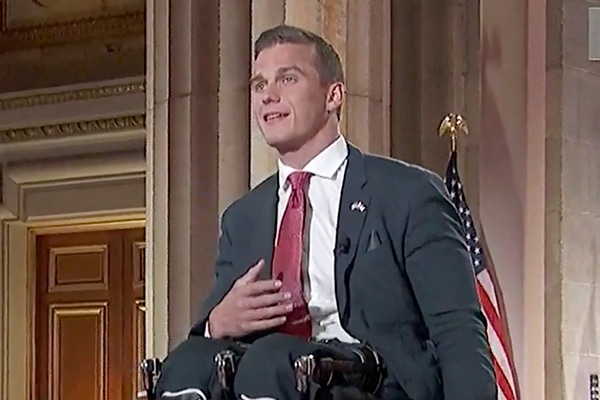 The 2020 election brought about a new generation of conservative leadership. The youngest incoming member of the new Congress, Representative-elect Madison Cawthorn, is among the GOP’s brightest young stars. Gianno and the representative-elect discuss the incoming congressman’s tragic backstory, his thoughts on the state and future of the GOP, and what issues will matter most to him as he begins his promising political career. 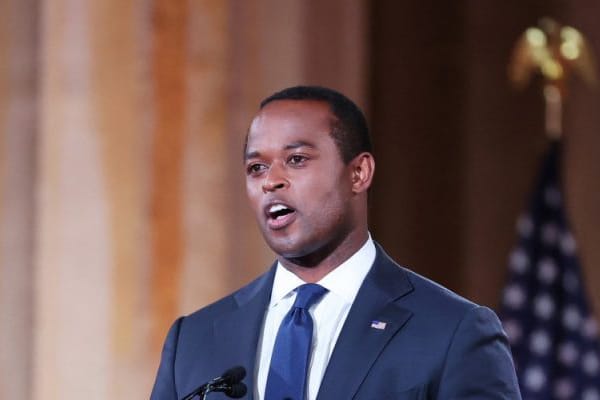 In his latest podcast episode, Gianno Caldwell talks with Kentucky Attorney General Daniel Cameron. It is Cameron’s longform interview. He covers the intricacies of the Breonna Taylor case, its effects on Cameron’s family, and his budding political future. 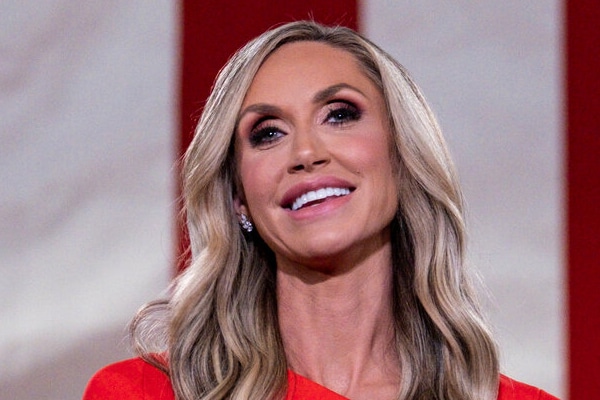 Love them or hate them, the Trumps will remain a major force in politics — regardless of who’s inaugurated president on January 20, 2021. On this episode, Gianno explains why before interviewing President Trump’s daughter-in-law, Lara Trump in a can’t-miss conversation. They discuss the results of the 2020 election, the president’s mindset, and Lara’s prospective run for U.S. Senate in 2022, among many other topics. 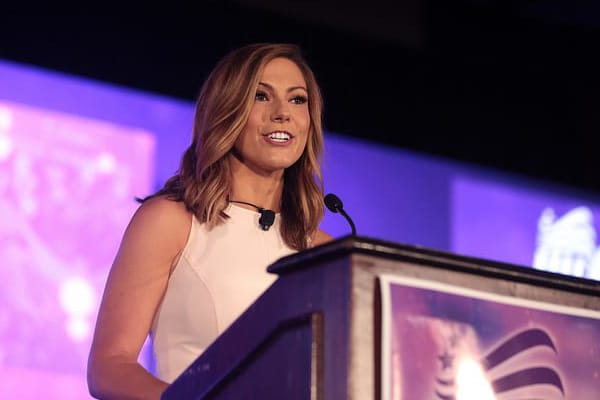 In this freewheeling conversation, Gianno talks with his friend and Fox News colleague Lisa Boothe. Lisa is a popular political journalist and commentator, and senior fellow for Independent Women’s Voice, a political advocacy organization. She was also the founder and president of High Noon Strategies, a boutique political communications and PR firm.

In the second of this two-part discussion, Gianno talks to his pastor and mentor, Dr. Bill Winston. Dr. Winston is the founder and senior pastor of the Living Word Christian Center, a non-denominational church with more than 20,000 members located just outside Chicago. He also helped Gianno overcome poverty and a childhood surrounded by drugs and violence to achieve his dreams.