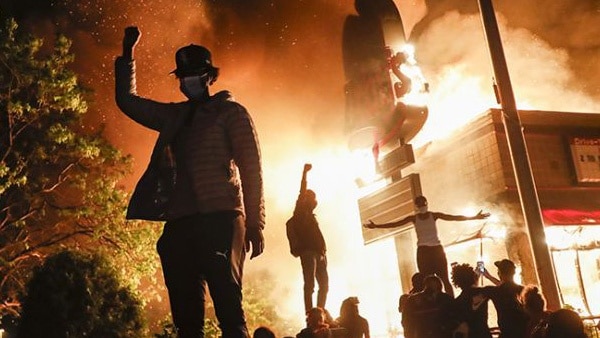 We are facing a crisis of American civilization.  We are at a crossroads, a battle for the soul of America.  Whether you’re conservative, or just a reasonable American, you should have concerns about both the liberal left-wing agenda to take over America and the United States role in the world which is being challenged by Communist China.

The Crisis of American Civilization

It wasn't an accident. Policing in our country is inherently & intentionally racist.

Daunte Wright was met with aggression & violence. I am done with those who condone government funded murder.

No more policing, incarceration, and militarization. It can't be reformed.

The mayor of Brooklyn Center, Minnesota, suggests officers don't need to be armed for every traffic stop or "engaged in situations that don't necessarily call for weapons."

"I don't believe that officers need to necessarily have weapons every time they're making a traffic stop." pic.twitter.com/cl9H5nYbil