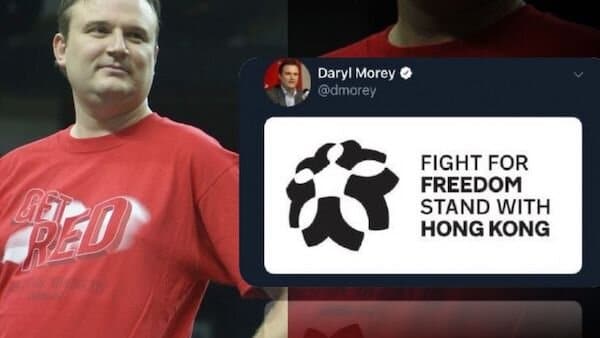 This past week marked the 32nd anniversary of the Tiananmen massacre.

In response, the Communist Party sent the military to crush the protests. The Chinese government has never released any figures, but we know the People’s Liberation Army massacred anywhere from several hundred to several thousand people.

It was a horrifying display of brutality. Yet the business lobby’s response in the United States was essentially to ignore what happened and move forward with engaging China. The calculation was simple: While the massacre was despicable, the Chinese market was simply going to be too big to pass up.

The business community’s reaction to the Tiananmen massacre is characteristic of how American corporations have dealt with China for decades. As much as the Chinese government abuses human rights and threatens American national security, the thinking goes, there’s too much money to be made — and too much to lose by alienating Beijing.

It’s understandable that businesses want access to such a crucial and lucrative market. But for American business leaders, patriotism should come before capitalism.

Indeed, corporate America needs to recognize that China is a totalitarian dictatorship, and therefore it’s impossible to have a purely business relationship with China. In the Chinese model, politics dominates and ultimately controls business.

In other words, there’s no such thing as a private Chinese company, because at the end of the day, the Communist Party can do as it pleases with every “private” entity.

This makes it easier for China to use economic pressure to reinforce its political pressure, especially in Hollywood.

In 2019, for example, the Paramount Pictures trailer of “Top Gun: Maverick,” a sequel to the 1986 blockbuster “Top Gun,” originally showed Tom Cruise putting on a jacket with two patches of the Japanese and Taiwanese flags. After outcry from Beijing, the trailer replaced the patches with two ambiguous symbols.

China’s leaders clearly didn’t want anything promoting Taiwanese sovereignty or their Japanese rivals, so they complained. And Hollywood, fearing it may lose access to hundreds of millions of dollars in the Chinese market, obeyed China’s demands.

This is a familiar story. Just last week, in a truly pathetic display, actor and former professional wrestler John Cena actually apologized to China in Mandarin for referring to Taiwan as a country ahead of the release of his new “Fast and Furious” movie.

And don’t forget when in 2019 Daryl Morey, then the general manager of the NBA’s Houston Rockets, sent a tweet in support of Hong Kong’s fight for freedom against China’s authoritarianism. China immediately put enormous pressure on the NBA, which has a major foothold in the Chinese market, and the NBA just crumbled.

In fact, the NBA situation was so egregious that it led Chris Fenton, my guest on this week’s episode of my podcast, “Newt’s World,” to rethink his entire career.

Fenton, who had done extensive business with China as president of DMG Entertainment Motion Picture Group and GM of DMG North America for 17 years, believed that engaging China as much as possible would enrich America and spread American soft power to the Chinese people.

But after Morey sent his tweet, Fenton realized that the old way of thinking — that unchecked trade and global interdependence would moderate China and benefit America in the long run — was wrong. This experience led Fenton to write his recent book, Feeding the Dragon: Inside the Trillion Dollar Dilemma Facing Hollywood, the NBA, & American Business.

As Fenton explained to me, America’s business lobby needs to be on the same side as America’s national security interests. For decades, this was not the case, but the Trump administration made great strides to fix that imbalance.