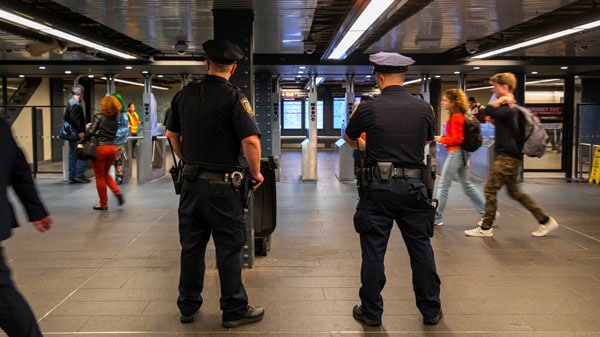 The troubles currently facing American cities are boundless. Skyrocketing crime, random assaults, stabbings, and shootings have hurt the already struggling restaurant and tourism industries. How can we recover?

The troubles currently facing New York City and its residents are boundless. Skyrocketing crime, random assaults, stabbings, and shootings have hurt the already struggling restaurant and tourism industries amidst the COVID-19 pandemic.

There is also an obvious decline in the quality of life from higher taxes, increased homelessness, as well as the difficult situations faced by low-income families forced into low- quality public schools.

These economic, social, and safety issues facing the city have come to light in a new documentary titled “This is New York” by director and filmmaker Matthew Taylor, a guest on my Newt’s World podcast last week. We discussed the struggles and resilience of everyday New Yorkers. And we hope this documentary series will encourage people to save the city from a backslide into its past.

Taylor is no stranger to the city, growing up there in the 80’s and 90’s and living there for the past decade. He described the city as a surface or pedestrian-style city. It is a place where residents experience a visceral connection with one another. In order to understand New York City, you must understand its citizens. You have to go into the boroughs to fully capture the voices of those living in the city’s neighborhoods.

When I asked Taylor about concerns for physical safety in the wake of spiking crime rates he said “to be honest with you, where I actually witnessed the most threatening incident was actually in Midtown Manhattan… This wasn’t in any part of Brooklyn. It was literally three feet in front of me, and that was kind of a testament that Midtown has taken a severe beating, between COVID, riots, and now just complete mismanagement by leadership in the city.”

The direct impact that COVID-19 has had on the business culture in Midtown compared to the outer boroughs has been devastating. Life in the boroughs had to continue as normal as many people didn’t have the opportunity to leave the city. To further this point, much of the damage done to the city is not on an infrastructure level but rather on a policy level. To reinforce what makes the city function – like it did in the Rudy Guliani days – there is a very difficult path ahead.

Taylor said the floors of Grand Central Station are covered with people sheltering from the cold noting, “if you go to the Moynihan Terminal at Penn Station, it’s just covered with homeless people… then there’s nobody in the terminal because clearly people are still nervous about the pandemic and the trains are complicated. And so, I think that again, until the enforcement of safety comes back, the homeless will be kind of a symptom of the sickness of the city.” The homelessness crisis has not yet reached levels quite comparable to the early 90’s, but when businesses have been shuttered and people are no longer being vigilant on the streets, homelessness is sure to rise quickly.

I think many of us are worried about the future of New York City. However, there is one reason to be optimistic about the future of the city for one reason – its people. Historically New York City’s success stories are all born out of resilience and strong leaders, who were willing to recognize the city for what it is, what its residents are capable of doing, and what was needed to keep the city alive.

Saving New York City is important, because success there can serve as a model and an inspiration for cities across America which have suffered under the pandemic.

If we can’t bounce back and recover, we simply won’t survive.