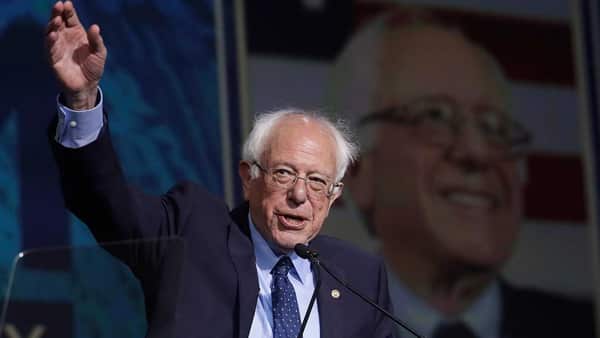 There are no moderates left in the Democratic Party. In August, every single Democrat in the House and Senate voted to move forward with Sen. Bernie Sanders’ $3.5 trillion spending bill – which is really $5.5 trillion when scored honestly. And every one of them voted for the $3 trillion tax increase to help pay for it – every one of them.

After trillions of dollars in supposed emergency spending over the last two years, the current argument is not over whether we will spend $3.5 trillion or spend nothing. The fight is between $3.5 trillion and $1.2 trillion. The final bill, which could get the so-called moderates’ votes, will likely be $2 trillion.

Only in Washington, D.C. would a $2 trillion expansion of an already too big government be called moderate.

Only in Washington would it make sense to pay off special interest groups with trillions in new spending at a time when inflation is rapidly moving toward new highs. Since inflation is a tax on every American – and hits the poorest Americans hardest – the Biden administration and Democrats in Congress are on the edge of creating an economic and political catastrophe for themselves.

President Biden has consistently said his goal is to “transform America.” The massive, Big Government Socialist bill is indeed a key step toward changing America into a European-style socialist welfare state with big government dominating everything.

Clearly, transforming America was the goal of Sen. Sanders when he drafted the $3.5 trillion bill. In his own words: “This is the most consequential piece of legislation for working people since the 1930s.” He concluded, “we can move this country forward in a very different and positive direction.”

Of course, for most Americans, a Vermont socialist’s idea of a positive direction may be quite frightening. It is a step away from individual opportunity and the right to pursue happiness independent of government controls. It is a step toward a bureaucratically controlled big government system that defines choices and dictates behavior.

Sanders, after all, was so deeply committed to the centralized government control system that he honeymooned in the Soviet Union. When someone from the woods of Vermont chooses the woods of Russia over the sunny beaches of the Caribbean for his honeymoon, it broadcasts his commitment to the “true faith.”

The degree to which Big Government Socialists have replaced traditional Democrats has begun to sink in, and it represents a profound danger to the Democrats in 2022.

No policy supported by only one-in-six Americans can be sustained. This is the core reality of the drama unfolding in Washington.

Former Vice President Mike Pence said: “This freight train of big-government socialism, the price tag of which is maybe $5.5 trillion – probably many times that at the end of the day – is just one more example of that kind of politics that really is grinding everything to a halt and represents a failure of leadership by the administration, by the president, and by the soon-to-be former speaker of the House.”

Citing the litany of Biden-led disasters at home and abroad, House Republican Leader (and future Speaker of the House) Kevin McCarthy said, “Democrats want to enlist a bureaucratic army to achieve their goal of a big government socialist nation.”

Former National Economic Council Director Larry Kudlow, told Sean Hannity, “The trouble with the Biden group is they believe in government, they believe in big government socialism, and they do not believe in the private free enterprise capitalist system.”

Wyoming Sen. John Barrasso charged that Democrats were on “the March to big government socialism.”

Former Gov. Scott Walker has said “The facts clearly show that free market capitalism is better than big government socialism. There is no contest. But the radical left does not want our young people to hear the truth.”

Louisiana Rep. Mike Johnson said, “As Democrats haggle behind closed doors this afternoon over how many TRILLIONS of YOUR taxpayer dollars they want to spend on their massive Big Government Socialist dreams, please remember they are playing with REAL FIRE that would destroy our economy and your children’s future.”

Both are headed toward repudiation.