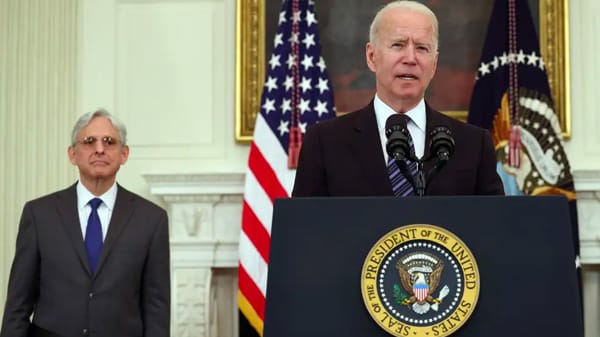 We have a president and an attorney general who see at least half the country as their enemies. House Republicans owe it to the Constitution and the American people to defeat the wolves and return them to sheep status.

When some people get power, they become like wolves. They take whatever savage actions are needed to win and dominate. They turn their opponents and critics into sheep who learn to be quiet or face vicious attacks and destruction.

Think of Joseph Stalin killing his rivals. Think of the Castro brothers torturing, imprisoning, and exiling opponents. Consider the decay of Zimbabwe under Robert Mugabe as political opponents were imprisoned, killed, and exiled. Recall the ruthlessness of Hugo Chavez in taking over Venezuela. He destroyed or exiled middle class opponents – who relied on demonstrations while confronting the dictatorship’s militia. Meanwhile, the militia was cheerful about using force to destroy the class which had created a successful, wealthy Venezuela.

The United States has had relatively few experiences of wolf-like behavior, because the separation of powers within the federal government and between the federal and state governments – combined with the Constitutional limits on government power – have made it impossible to sustain wolf-like behavior. The American people routinely reject overreaching politicians. The U.S. Supreme Court limits the ability of the executive branch to overreach. The states retain so much power and independence that their leaders can limit the ability of Washington wolves to overreach.

We are currently living through a moment of delusion among Democrats, who seem to think they can behave like wolves and destroy and intimidate their opponents. The wolves who currently dominate the Democratic Party think they will permanently be wolves. They are wrong. The 2022 election will turn the Democratic wolves into sheep, and the power to shear them will be handed to the House Republicans.

Watching the increasingly vicious and destructive actions of the House Democrats – along with the handful of Republican enablers on the January 6 Committee – combined with the astonishing viciousness of President Joe Biden’s speeches at the Capitol on Jan. 6 and in Atlanta on Jan. 11, and Atty. Gen. Merrick Garland’s speeches and actions has been the most sobering period in my more than 60 years in public life.

We now have a president and an attorney general who see at least half the country as their enemies. They are focused on attacking, smearing, and defaming fellow Americans with whom they disagree. More frighteningly the attorney general has the power to direct the FBI and the US Attorneys Office to frame people and put them in jail on the most trivial of charges.

The House Special Committee on January 6 is in the process of potentially bankrupting scores of Americans who worked for or supported President Trump. They face financial ruin defending themselves against the committee’s attack. The legal costs of fighting subpoenas and the further cost of legal counsel if put under oath by a hostile congressional committee creates a real burden. That financial burden is compounded by the psychological stress of being under assault by the Democrats in the House – and potentially the FBI.

House Republicans owe it to the Constitution and the American people to defeat the wolves and return them to sheep status.

This is not about revenge. This is about reinforcing the principle that in America, political wolves who viciously destroy their fellow Americans – and violate the rule of law to do so – will not be tolerated. This is about restoring the core principles of American self-government.

Second, Leader McCarthy and his leadership team should send a letter to the Attorney General, select U.S. attorneys, the head of the FBI, and such other executive branch officials engaged in persecuting Americans for their political views. This letter, too, should lay down the same marker of keeping all records and being prepared to answer for their behavior on Jan. 4, 2023.

Third, Republicans should take note of Speaker Pelosi’s extraordinary, tradition breaking assumption of control over Republican committee membership. In the same tradition, Republicans should prepare a “wolves-to-sheep” committee as a holding pen for vicious, dishonest smear artists such as Congressman Adam Schiff, whose willingness to lie and deceive the American people extends from the Russian dossier to the present. After years of lying to everyone while serving as chairman of the House Intelligence Committee (and thereby having the presumption of secret knowledge to back up his lies) Schiff should not be allowed to serve on any committee with legislative jurisdiction. He and a handful of destructive, dishonest members should be bundled into a new committee with no staff, legislative jurisdiction, or honor. It would be the equivalent of the ancient Greek punishment of ostracism.

Now, let me be clear: House Republicans should devote 90 percent of their energy to hearings and legislating on positive, historic efforts which will guarantee America’s safety, prosperity, and freedom (see my previous column on this).

However, House Republicans owe it to the defense of the Constitution, our freedoms, and the integrity of the House to have a wolf-to-sheep conversion project – for the House itself, the Justice Department, and any other agency which has threatened innocent Americans in an effort to censor and destroy their political views.